“The two taboos in Hollywood are child abuse and the killing of animals,” a source tells N.Y. Daily News columnist Lloyd Grove. “In this movie, both things happen.” Actually, Grove reports, the script for Hounddog , described as “a dark story of abuse, violence and Elvis Presley adulation in the rural South,” calls for a character to be played by Dakota Fanning, 12, “to be raped in one explicit scene and to appear naked or clad only in underpants in other shots or scenes.” 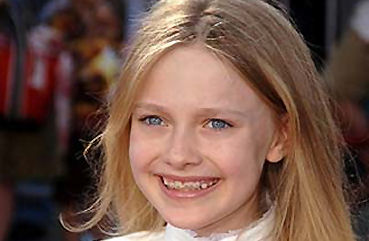 Hold up…I think this issue should be handed over to Kathy Griffin…no? Hound- dog, which will reportedly cost less than $5 million to shoot, will be directed by Deborah Kampmeier (Virgin), who also wrote the script.