How Team Mulligan Blew It

Movieline‘s Stu VanAirsdale is asking why Carey Mulligan hasn’t caught on as a formidable Best Actress finalist. I could feel this bizarre turn taking shape but I didn’t want to face it. I finally did on 1.13 in a lament/argument piece. Mulligan will still be nominated, of course, but the race is now between Meryl Streep and Sandra Bullock — we may as well face facts. 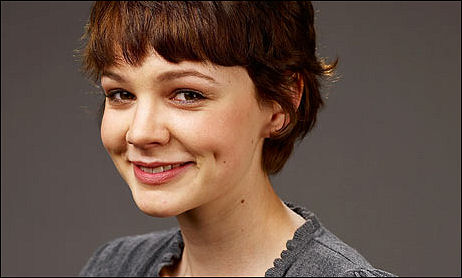 But why? How did her handlers “utterly fail to build any public image or brand for their awards hopeful?,” as VanAirsdale puts it. It couldn’t have been easy to let the advantage slip away, given Mulligan’s headwind out of Sundance ’09, but somehow it happened. It seems fair to say that Sony Pictures Classics didn’t exactly quarterback the campaign like Eli Manning. Tom Bernard and Michael Barker are known to be equitable and hands-offish when it comes to acting-awards campaigns. It therefore never seemed likely that they would have orchestrated some kind of balls-out Mulligan push. That’s not how they play it.

“Any number of unknowable internal factors contributed to this,” VanAirsdale says, “from peaking too early to Mulligan’s personal reluctance to play the game (especially after she started dating Shia LaBeouf) to Sony Pictures’ Classics’ institutional thriftiness to simply taking an awards nod for granted and planning to regroup in February — after the Oscar nominations are announced — for a legitimate campaign.”

And to think it was only three months ago when I told Scott Feinberg the following:

As Steve McQueen‘s Jake Holman cried out in the finale of The Sand Pebbles, “What the hell happened?”