The delegate situation is very good for Barack Obama, but today’s electoral drama feels dicey to me. As HAL 9000 said to Dave Bowman some forty years ago, “I can feel it…I can feel it.” 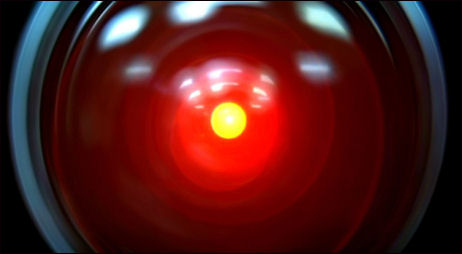 Security moms have bought the “3 in the morning” TV ad bullshit, I fear, and the other anti-Obama hits — the Muslim Manchuran Candidate myth, Hillary’s “as far as I know,” NAFTA/Canada confusion, Somali garb in ’06, Reszko mist — have sunk in among closet racists looking for an excuse to vote against him, and, as always, among the insufficiently educated over-40s, who are regrettably abundant in Ohio, Texas and Rhode Island.
The beauty of Democracy just falls apart when professional liars and pot-stirrers like Mark Penn and Howard Wolfson can intimidate and give pause to none-too-bright fence-sitters.