I don’t know if this is any kind of approved one-sheet from Summit Entertainment, but it’s a strong, simple conveyance of the tension vibe that permeates Kathryn Bigelow‘s film through. A marketing friend told me he doesn’t think it’ll make much money. “Whaddaya mean?,” I said. “It’s a high-anxiety thriller…it’s Aliens.” It doesn’t matter, he said — people still won’t go to an Iraq movie. The same reason Body of Lies is going to commercially disappoint, he added. I got pissed at that point. “But…but…but…but.” 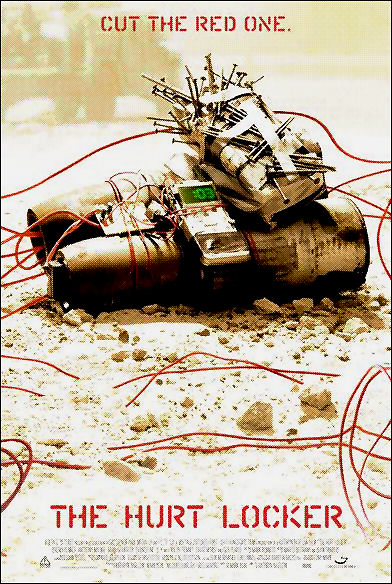 Freddie Jones‘ famous line from Juggernaut, fans will recall, is “cut the blue wire.” He says this to Richard Harris, waits, and then says it again. But Harris smells a rat and cuts the red wire instead. It’s the right choice. Whew.