Deciding not to campaign Kevin Spacey‘s performance as J. Paul Getty in All The Money in the World (TriStar, 12.22) is an obvious no-brainer, given recent charges about Spacey’s off-screen behavior and the current “me too” atmosphere. But what if, just to play Devil’s Advocate, his acting in this Ridley Scott true-life drama turns out to be seriously distinctive and perhaps even dazzling?

The Oscars are essentially a popularity contest and so Spacey is dead in a political sense — I get that. But sometimes venal or damaged people do really good work. Any mature understanding of the nature of talent bears this out.

Has anyone ever compiled a master list of great performances given by actors whose off-screen behavior and character have been alleged or documented to be deplorable? Or a tally of great films directed and written by people who have something to feel ashamed about in a personal or relationship realm? You’d be looking at a fairly long list, I’d imagine. Hell, flip the equation over and ask yourself “how many hugely talented people and Oscar winners have lived lives that would win the Boy Scout or Girl Scout seal of moral approval?” 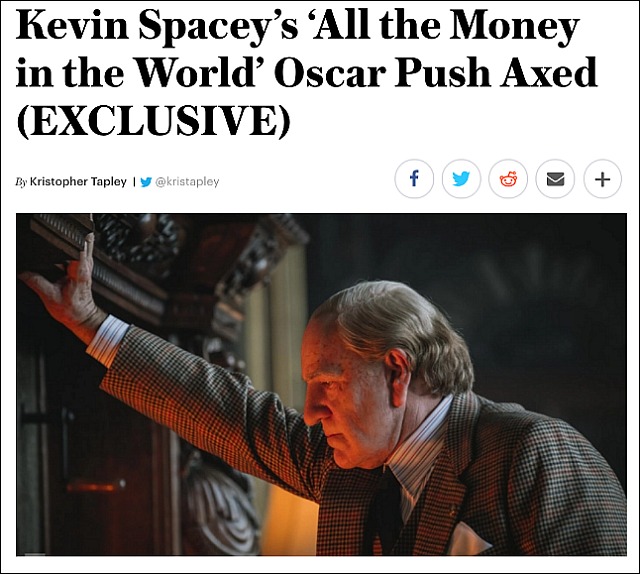