In a 1.22 New York Times Sunday Magazine piece, Bryan Curtis reports in an apparently sincere, un-ironic tone that Red Tails director George Lucas “has decided to devote the rest of his life to what cineastes in the 1970s used to call personal films. 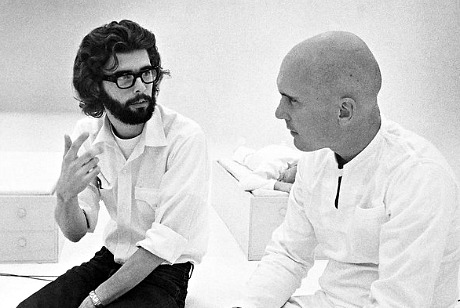 “They’ll be small in scope, esoteric in subject and screened mostly in art houses,” Curtis explains. “They’ll be like the experimental movies Lucas made in the 1960s, around the time he was at U.S.C. film school, when he recorded clouds moving over the desert and made a movie based on an E. E. Cummings poem. During that period, Lucas assumed he would spend his career on the fringes. Then Star Wars happened — and though Lucas often mused about it, he never committed himself to the uncommercial world until now.”

What? Lucas did “commit himself” to the uncommercial world several years ago, at least in interview quotes. He’s been talking about this for a long time and doing zip about it.

Three and a half years ago I quoted a Devin Faraci CHUD piece that no longer exists. “I don’t know what your thoughts on George Lucas are, but I talked to him yesterday and cornered him on why he hasn’t made one of those art films he’s always going on about,” Faraci wrote. ” It seems like the guy has the resources and ability to make pretty much any movie that strikes his fancy. He sort of blew off the question, but I think the way he blew it off was interesting.”