In Left-Field Seats You Can’t Hear Yourself Scream

I’m in NYC for a few days starting next Saturday morning, and so I suggested to Jett and Cait that we might want to catch a Mets-vs. Giants game at Citi Field next Sunday at 1:10 pm. I don’t like to spend an arm and a leg for seats right next to the field but I prefer to sit not too far from the first- or third-base line, or in Citifield terms in the Metropolitan boxes. 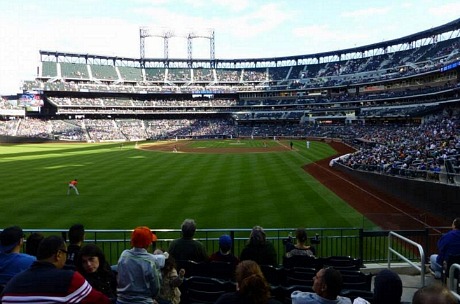 Do they serve hot dogs in Citi Field’s left-field section, or do you have to bring your own?

Watch any baseball film (i.e., The Stratton Story, Angels in the Outfield, The Natural, Fear Strikes Out) and the main characters are always sitting near the first- or third-base lines…always. In Spotlight‘s Fenway Park scene the Boston Globe guys are sitting a few rows back from the first-base line — that‘s where you always want to be.

Jett was good enough to take the time yesterday to book our Stubhub seats for $192 (three seats at $60 each plus tax), but I had a heart attack when I realized that they’re in Section 134 — way the hell out in left field. Yes, they’re close enough to the grass so you can smell it (that’s essential to me — if you can’t inhale that damp-grass aroma what’s the point?) but I’ve never watched a game from left field in my entire life. Would the Boston Globe guys ever consider sitting in left field when they watch the Red Sox? Yes, it’s near the field and it’s just a baseball game but it’s still the pits.

Jett insisted that the above photo is misleading, that everything is smaller-scaled when you actually get there, that you can see everything from left field, and that I’m being a diva for complaining. I grumbled a bit more but okay, fine…left-field Siberia, here I come.

And then a Manhattan-residing friend (a conservative-leaning guy who sometimes hangs with guys who smoke cigars in exclusive midtown Manhattan clubs) wrote this morning and said he has pallies who have nice seats and that he might be able to help…pending. I don’t know for a fact that the friend’s seats will be available, but I’ll risk it.

An hour ago I asked a StubHub chat lady named Natalie if I could get a refund on the left-field seats as the sale won’t be fully ratified until 48 hours have passed, according to Stubhub’s terms. She said the best she could do would be to offer then for re-sale at a discount. I said I’d let them go at $50 a pop. When and if they sell I’ll be notified by email with the money going to me PayPal account.

Anybody in the NYC area interested in three moderately shitty left-field seats (section 134) to next Sunday’s Mets-vs- Giants game for only $150 total?

Remember when working-class, wage-earning guys could afford to go to a baseball game without taking out a second mortgage? Remember when Shea or Yankee Stadium tickets cost considerably less than tickets to a popular Broadway show? They’re not that far apart now if you buy through StubHub or other brokers. Ten years ago an average field-level-behind-home-plate seat was $75 — the same seats cost $3.50 in 1970 and $6.00 in 1983. God knows what they cost now. 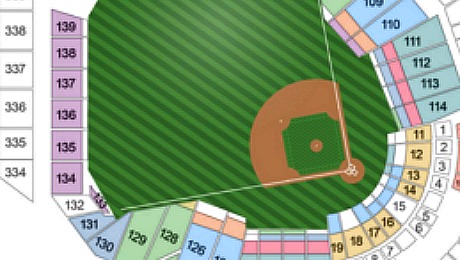