I bought the idea of Robert Redford playing a career thief in Peter Yates‘ The Hot Rock (’72) because he wasn’t really invested in the character, John Dortmunder. Redford was obviously cruising easy as he went through the escapist motions, plus he was only 35 and really good-looking back then.

20 years later, the 55 year-old Redford played a computer hacker in Phil Alden Robinson‘s Sneakers (’92), but his character, Martin Bishop, wasn’t a ne’er-do-well as much as a clever operator looking to play both sides.

In David Lowery‘s upcoming The Old Man and the Gun (Fox Searchlight, 10.5), the 81 year-old Redford plays the real-life Forrest Tucker, a career criminal and prison escape artist. It looks and sounds like good fun. I don’t really believe the elderly Redford as a hardcore bank robber, but the trick of these films is to nudge you into going along despite your reluctance. Casey Affleck, Sissy Spacek, Danny Glover, Tika Sumpter, Tom Waits and Elisabeth Moss costar. 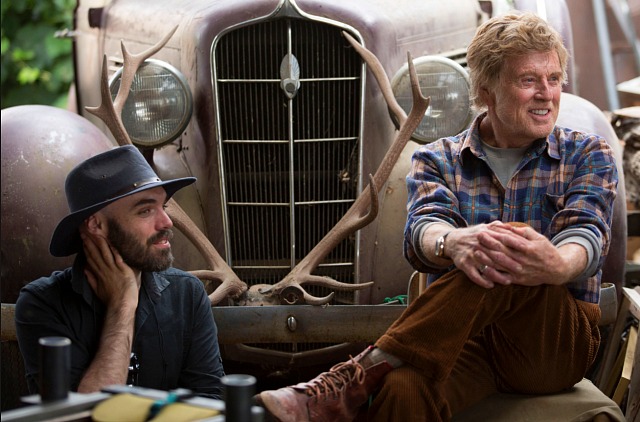 The Old Man and the Gun director David Lowery, Robert Redford during filming.