Paramount Home Video’s 4K Bluray of The Ten Commandments arrived today. The package also includes a 1080p version based on a ten-year-old harvest, and I have to be honest: I prefer the 1080p version to the 4K.

I’m sorry but the 4K Commandments tries too damn hard…too intense, too inky, too contrasty, too fierce. I think it’s fair to call it slightly obnoxious.

The 1080p version, by contrast, is absolutely perfect. It glows, bathes and sharpens; it saturates and radiates VistaVision perfection, and it made me go “wow, wow, wow, double-wow, triple-wow, quadruple-wow, quintuple wow.”

I’m not sure if the new 1080p Bluray version is better than the ten-year-old version that I reviewed on 3.24.11, but I do know (or think that I know) that this new 1080p version seems more bountiful than it did before. 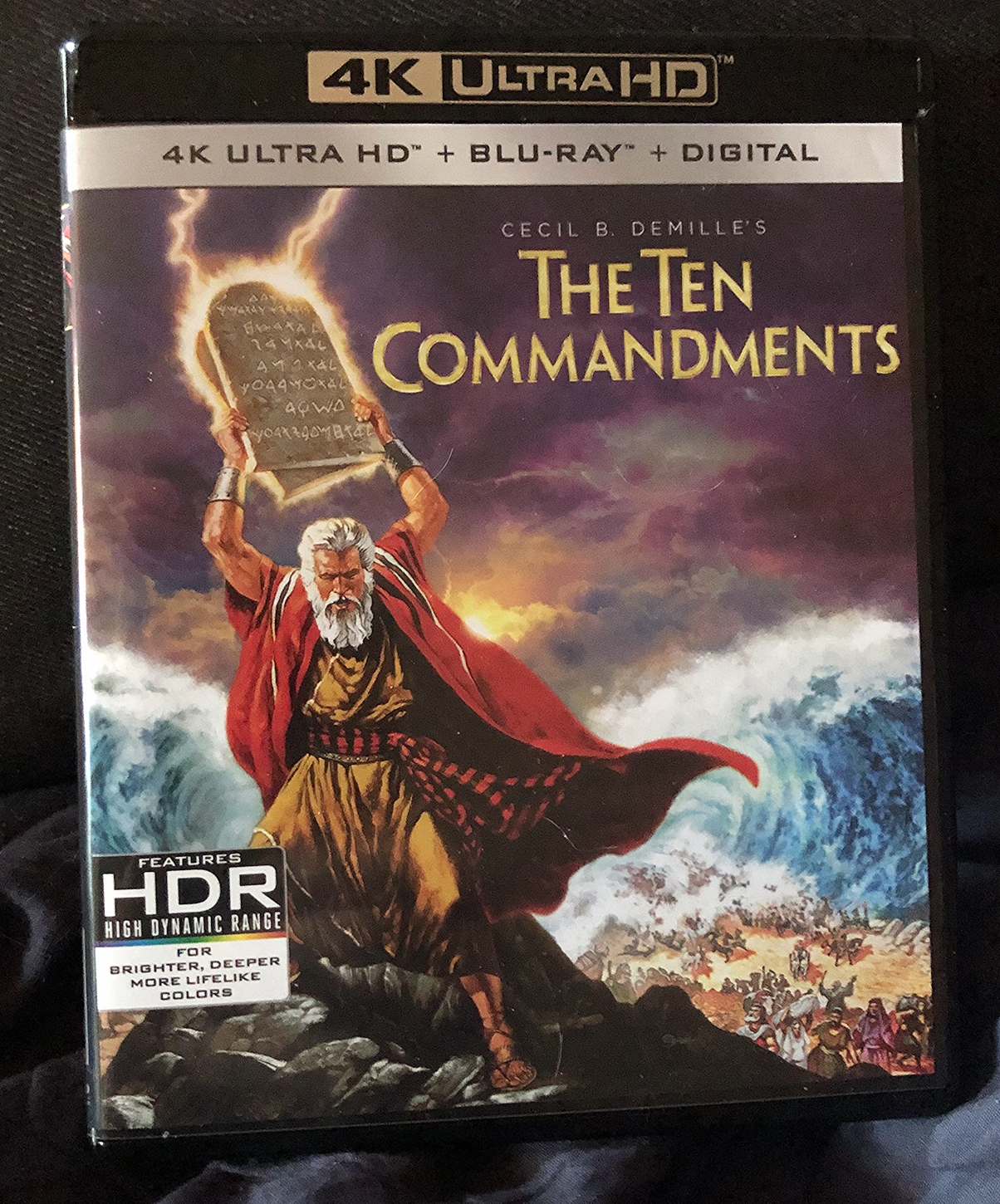 Maybe I’m fooling myself, or maybe it looks better now because I’m watching it on a better TV…a 4K HDR 65-inch 4K Sony that I bought four or five years ago…what do I know?

All I know is that my eyes were much happier as they watched the 1080p than when they endured the overbearing 4K version. I don’t care if this review makes me sound like Buddy Ebsen‘s Jed Clampett or some old-schooler who doesn’t really get the glories of 4K. I know what I like and I like what I like, and if the 4K flim-flammers don’t like what I’m saying here, too bad.

Remember when LexG used to say that he was accustomed to watching VHS tapes or 480p DVDs of movies and that he didn’t want to know from Blurays, and that tapes and DVDs of movies were “good enough”?

Well, that’s me right now — I’m LexG saying that the Ten Commandments 1080p Bluray is a radiant eye-popper and that it’s more than good enough and that the 4K…well, it may be fine for others but it’s just not for me.

It was almost exactly ten years ago (3.24.11) when I wrote that Paramount Home Video’s Ten Commandments Bluray “is fairly close to magnificent. It’s a visual bath of the first order.

“The costumes, the golden armor, the beards, the wood grain, the jewelry, the matted hair on the donkeys and oxen…all the remarkable little details that are part of any well-photographed, large-format, big-event film just keep on coming. The glossy, freshly-painted chariots are a trip in themselves.

“I’m not exaggerating — this is one of the most excitingly detailed Blurays I’ve ever seen.

“The soundstage scenes constitute 97% of this film, and are therefore the most carefully lighted and colorful and delectable. The glistening palace floors, the stone facades of the Hebrew homes, the Hebrew garments, the shimmering idols and battle helmets and chestplates, the gleaming swords, the mustard-colored deserts, the red headresses and deep-blue palace drapes…wow!

“Forget the thematic and story contents of this 1956 film, and forget most of the performances except Yul Brynner and Edward G. Robinson‘s. It has always been a tedious and tiresome sit. But the VistaVision colors and detail are amazing. I feel like I finally understand what this film is really about — i.e., production values!”

Basic tech stats from High-Def Digest: “The 4K Ultra HD Ten Commandments Bluray features a 2160p/HEVC H.265 encode in both Dolby Vision and HDR10, while a 1080p/AVC MPEG-4 version of the film is spread across two Bluray discs.”

Here are three screen captures from the 4K UHD Commandments…see what I mean about the high-contrast intensity? It’s too much. 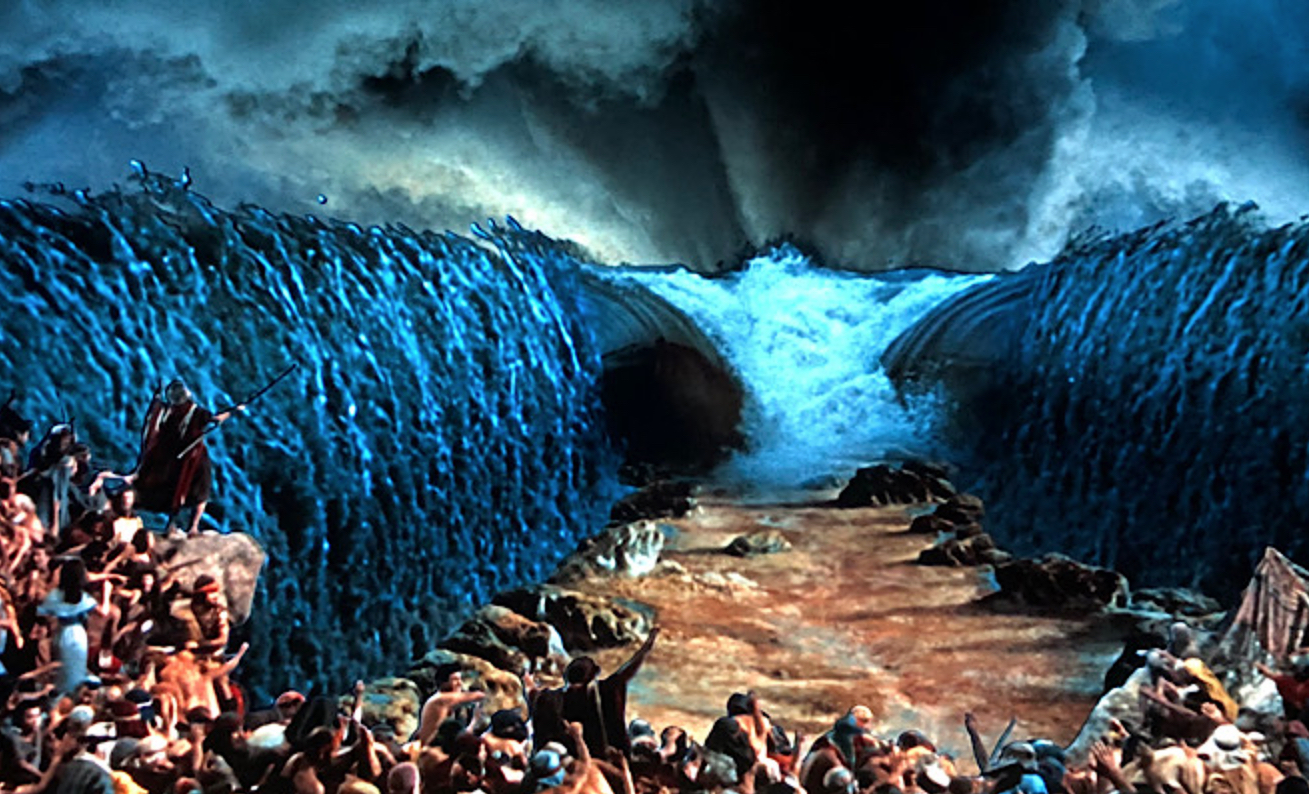 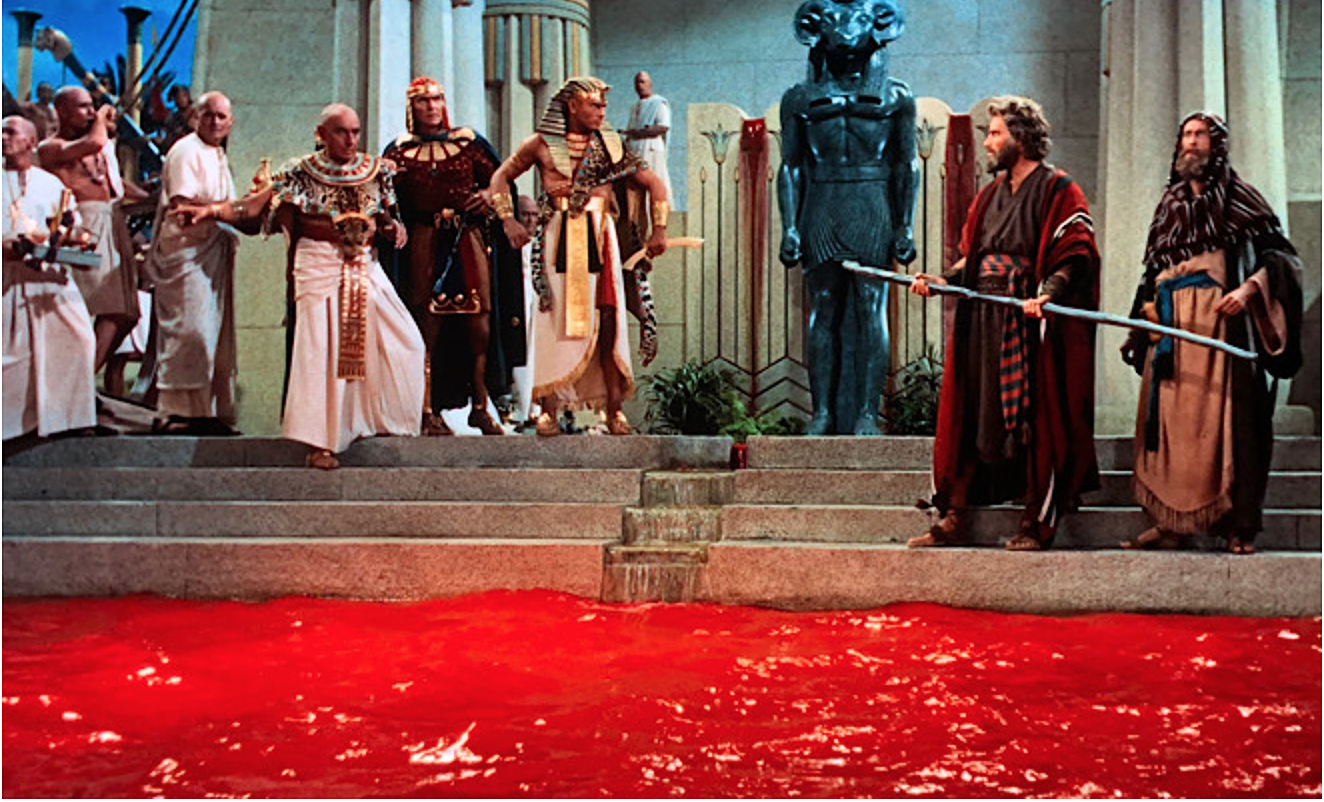 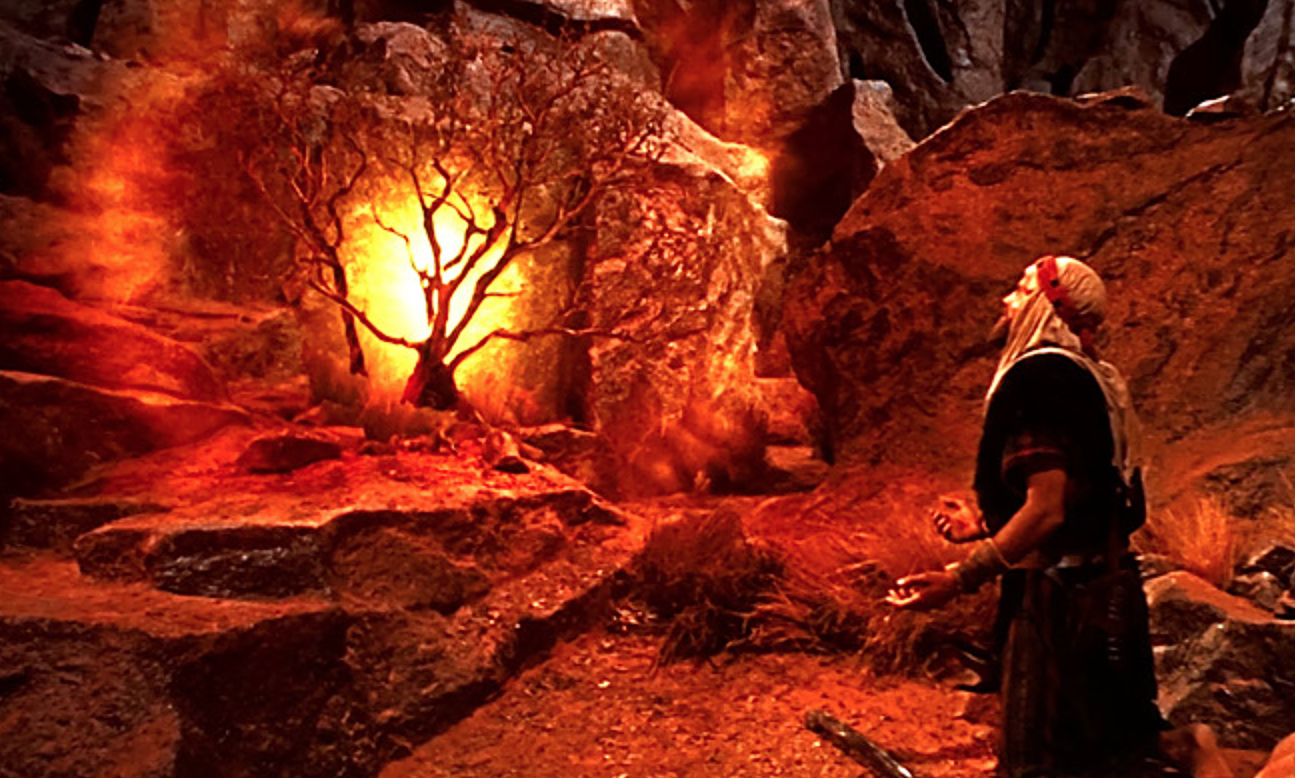