“Is it a sign of impending apocalypse that two terrible Nia Vardalos movies have been released in one month?” asks critic Marshall Fine. “It seemed unlikely that Vardalos could star in a movie flatter or more desultory than My Life in Ruins. But she’s outdone herself with I Hate Valentine’s Day (IFC, 7.3), which she wrote and directed and stars in. 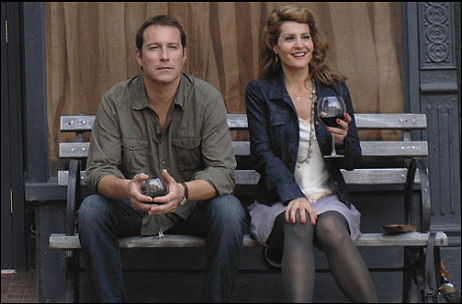 “For good luck, apparently, she cast John Corbett – her love interest in My Big Fat Greek Wedding, – as the male lead. But she could have cast anyone from Brad Pitt to a fencepost and it wouldn’t have made a difference. The writing is that flavorless, the directing that inept.

“Vardalos doesn’t write dialogue; she writes shtick. Riffs on why she hates antiques, riffs on why relationships suck, riffs on — well, really, the whole thing is one long riff, with few laughs and an inevitable destination. As a director, Vardalos is too in love with her own genius. There isn’t a scene that isn’t overlong, mostly because she inserts pauses between each line of dialogue so lengthy you could park a car.

“If you snipped three-to-five seconds from every shot in the film (and, believe me, you could), the movie would barely reach feature length. Better yet, snip away everything after the opening credits and save everyone a lot of time and expense.” 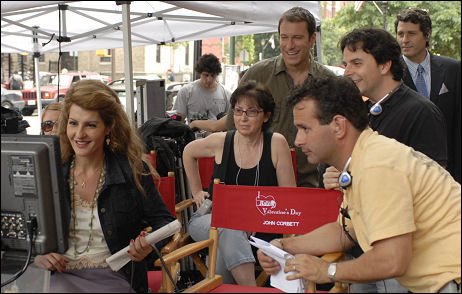