Can a case be made for the Curse of the Hawaiian Movie? Not films shot in Hawaii (although these sorta kinda count) as much as ones that take place there. If you remove From Here to Eternity, Blue Crush and Punch Drunk Love from the equation, you’re looking at one problematic, mediocre or flat-out bad movie after another for the last 50 or 60 years. With perhaps a few other exceptions, the general rule is “Hawaii movies = watch out!” 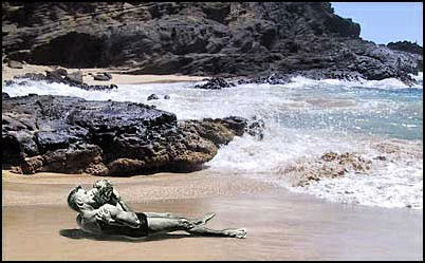