It Is What It Is

Yesterday afternoon a Deadline story announced that Exclusive Media’s 9.20 theatrical unveiling of Peter Landesman‘s Parkland was an “Oscar-Season Release Date.” I wouldn’t go that far. True, the JFK assassination drama will be opening soon after the slated Venice and Toronto film festival showings (and perhaps with critical huzzahs to boot), but in my book a 9.20 release is just three weeks after Labor Day. A real Oscar-season release means mid-to-late October and beyond. It means you’re wearing jackets and sweaters on your way to the theatre. 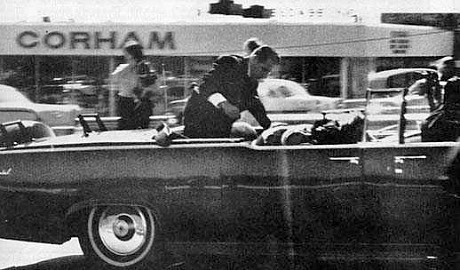 Nobody is more cranked about Parkland than myself (at least on the basis of Landesman’s screenplay, which I reviewed on 2.19.13). I’m just saying that realistically speaking a 9.20 opening doesn’t exactly say “Dolby theatre-bound.” It says “well, this is pretty good in the wake of the fall festivals and all, and if we get some strong positive reviews we’re in good shape for some critics awards and nommies four months hence.”