It’s obviously tragic when a good and gifted man takes his life, especially when alcohol has played a part. This is what happened with poor Phil Ochs, the folk-and-protest troubadour who composed and performed famously in the ’60s but gradually lost the thread and then his reason for living. He hung himself in 1976, at age 35. Partly because of bipolar affliction and depression and booze, but also because he couldn’t find his way out of disappointment with how ’60s activism evolved, and because he failed to find a new musical groove that worked for his audience. 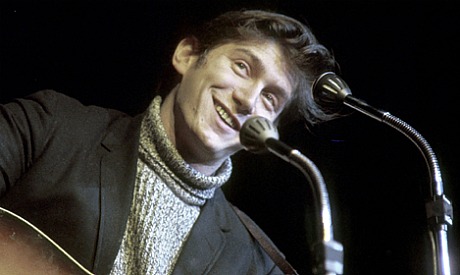 I’ve always respected Ochs — he cared deeply and his music had its rhyme and place — but I’ve never felt much ardor. I’ve always thought of him as a one-trick pony who ran out of luck and favor. He was fine at what he did when the winds of history and culture filled his sails, but he wasn’t much of a stayer.

In his heyday Ochs would literally flip through the N.Y. Times or the Village Voice and write a song about something that had riled him up. This fit the times when peacenik social protest and activism ran like a river through everything. But eventually street radicals took the stage, Nixonian repression kicked in, the “We” spirit waned and Ochs couldn’t adapt to the “Me.”

Ochs’ Wiki page quotes one of his biographers: “By Phil’s thinking, he had died politically in Chicago in 1968 in the violence of the Democratic National Convention; he had died professionally in Africa a few years later, when he had been strangled and felt that he could no longer sing; [and] he had died spiritually when Chile had been overthrown [in 1973].” In his 1969, at the age of 29, Ochs released an album (his sixth) called “Rehearsals for Retirement.” What kind of 29 year-old even flirts with such a notion?

Ochs tried to do more than just sing about social issues, true, but somewhere along the way the Gods stopped assisting. 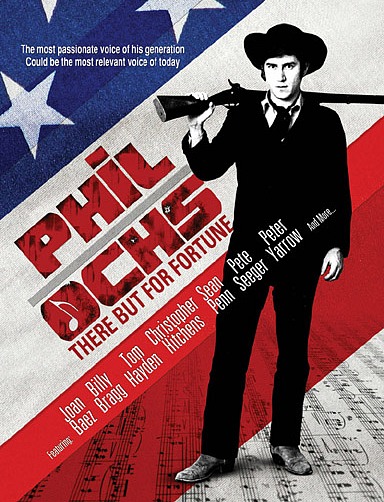 Kenneth Bowser‘s There But For Fortune, which opened yesterday in LA, the Valley and Pasadena, tries to change the impression I mentioned earlier, or at least make Ochs’ story seem more layered and textured.

It covers Ochs’ activist-singer period in the manner of several other ’60s docs, which is to say rotely. Too many other films (including Martin Scorsese‘s masterful Bob Dylan: No Direction Home) have delivered similar material. Anyone presenting yet another doc about ’60s culture in 2011 needs to figure some way of doing it differently. I only know that when Bowser’s doc began, I said to myself, “Here we go again.”

Bowser’s doc gathers force when it charts Ochs’ decline, but you’re still left with a residue of a guy whose life became stuck in first gear.

Bowser mentioned some mitigating factors when we spoke a couple of days ago. From the late ’60s through the early ’70s, Ochs was “riding a wave of manic depression,” he said. “Going in manic and coming out depressed.”

It wasn’t just Ochs’ bipolarism or alcoholism or defeatism that led to his suicide, Bowser said, but also the fact that his audience that “wasn’t willing to accept him outside of the political protest realm.” This despite some interesting musical excursions (performing a Carnegie Hall concert in a glammy gold suit in 1970, getting into African music “ten years before Paul Simon“) and two noteworthy non-protesty albums (“Pleasures of the Harbor” and “Gunfight at Carnegie Hall“).

For me, one of the most telling moments in Bowser’s film comes when Gaslight Cafe manager Sam Hood calls Bob Dylan, whom Ochs deeply admired, a “prick.” The implication is that Ochs, for all his failings and weaknesses, was a nicer guy. Maybe so. But survival and winning and genius aren’t necessarily married to “nice.” I immediately thought that Ochs might have made it through the ’70s and into a longer or happier life if he had a little more Dylan in him, and I don’t just mean his vision or talent. 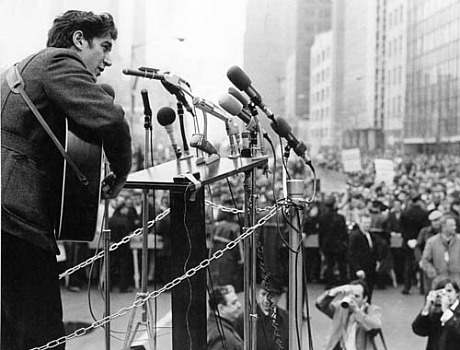