Amazon.uk as well as DVD Active, another British site, are announcing a two-disc The Assassination of Jesse James by the Coward Robert Ford coming out on March 31st for 20 pounds (along with Blu-ray and HD-DVD editions plus a regular single-disc edition). No Warner Bros. publicists were around this afternoon to answer why this two-disc package hasn’t been offered to the American market. 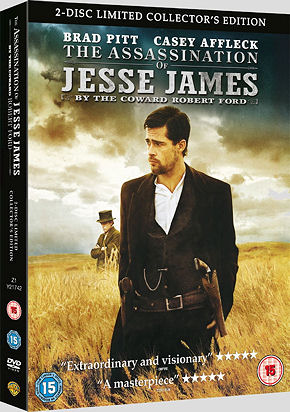 The second disc offers a documentary, called “Death of An Outlaw,” that examines the life and death of the real Jesse James and also includes interviews with all the key cast and filmmakers. The package also offers a hard-back 44-page book about the film, the legend and the characters.