Less than a month hence Oliver Stone’s JFK Revisited: Through the Looking Glass, an in-depth documentary, will be screened and reviewed in Cannes, and we’ll all be obediently diving back into that Dealey Plaza sinkhole once again, for the umpteenth time.

The basic Stone view is that the JFK kill shot came from the grassy knoll, and that the back of his head was blown out with brain matter spilling onto a Parkland Hospital stretcher 10 or 15 minutes later. I’m not doubting what this or that Parkland doctor claimed he saw in emergency room #1, but Hollywood Elsewhere has never seen one glimmer of visual evidence to suggest that the back of JFK’s head was destroyed…nothing whatsoever.

In the Zapruder film it’s JFK’s right temple that explodes, not the rear of his head, plus a split second after the fatal shot Jackie Kennedy‘s white-gloved hand touches the back of his head — how come that glove wasn’t soaked with blood and brain matter?

“The man you see in the Zapruder film and [what] the autopsy revealed [along with] people who saw him right at that moment, right after the death…they all talk about the big shot, the kill shot was from the front. Shot in the front [actually the right temple] of his head, and it blew out the back of his head. It’s what people kept seeing, and they still see it to this day.

“People who were at the autopsy revealed to the assassination records review board that the autopsy photos that are now in the national archives have no resemblance to the head wound that they saw in Bethesda.” 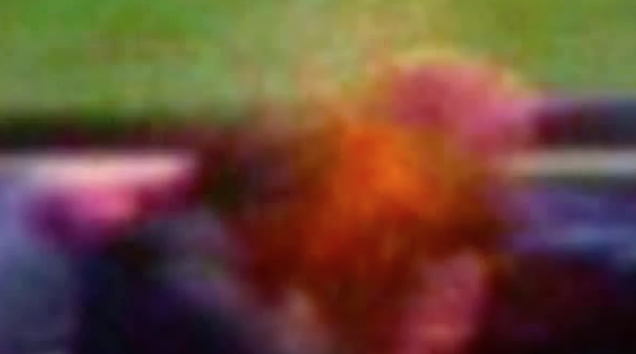