In a friendly 2.7.08 profile of producer Mark Johnson (Ballast, The Chronicles of Narnia), Variety‘s Anne Thompson notes that Johnson “may have offended some people” by “openly expressing his outrage at the films omitted this year” by the Academy’s foreign-language committee, which Johnson co-chairs. 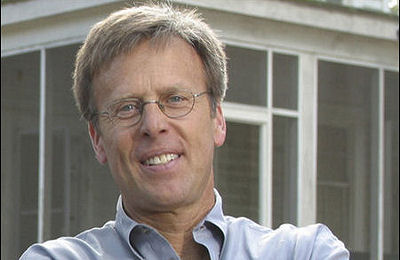 Johnson may have offended…? The retirement-village philistines who scratched 4 Months, 3 Weeks and 2 Days off the short list have offended God, culture, history, civilization…and made the Academy’s committee into an international joke. I’m not exaggerating. They will live in infamy for the rest of their lives.
“I’m not trying to impose my taste on the committee [and] I don’t want to denigrate the movies nominated,” says Johnson. “But some of the films undeniably among the best movies of the year didn’t make the short list of nine. I feel the committee doesn’t reflect the Academy at large and I have to do something to effect that. We can change things so we can incorporate some different voices.”
“After the Oscars, Johnson expects reform discussions to get under way,” Thompson reports. “An invitation-only committee more similar to the music and documentary branches (which also generate their share of controversy) may come into play.”