I dropped by the Grey Goose lounge yesterday afternoon to speak with HE’s own Jonah Hill. His performance as a quietly gay trust-fund kid who mentors alcoholics in Gus Van Sant‘s Don’t Worry, He Won’t Get Far On Foot (Amazon, 5.11) is, for me, a knockout — emotionally open and “real”, not a single amount of digressive humor, straight cards.

Hill said he wasn’t sure what “quietly gay” means but yeah, whatever — a growth thing, a workout, a dig-in.

I hadn’t seen Van Sant’s film when we spoke, but a journalist friend had called it (as noted yesterday) “a really good 12-step movie,” which I agree with, having seen it late last night. Jonah said it’s more than just a 12-step procedural (and he’s half-right) but the film is entirely about the how late cartoonist John Callahan (touchingly rendered by Joaquin Pheonix) overcame his alcohol addiction and eventually found a way to forgive, including his absent mother and even the guy (Jack Black‘s “Dexter”) whose drunk driving caused Callahan to become a quadraplegic. 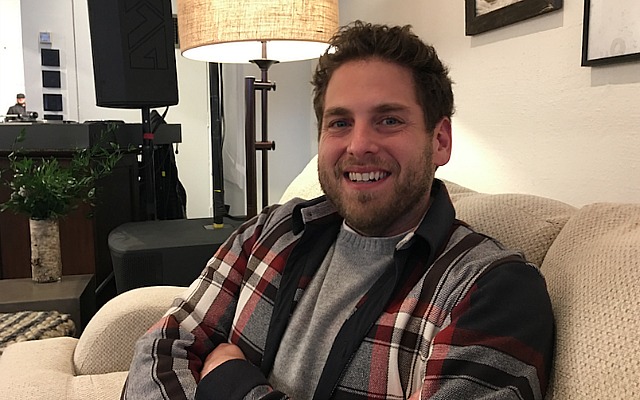 There’s a third-act scene in which Jonah delivers one of those “this is who I really am and I’m actually not so great” monologues. It’s easily the most emotionally ballsy or vulnerable thing he’s ever done.

I’m sure that for every person out there who will feel as I do after seeing the film there will be ten others who will complain about Hill not doing funny material any more, or not enough of it. I mentioned the “new Calvinist climate” (which I didn’t try to get Hill to talk about), and said that the Hill performances I’ve loved the most (Wolf of Wall Street, Superbad, War Dogs, Get Him To The Greek) are rooted in an obsessive-indulgent lifestyle mindset that suddenly seems antithetical to the current mood, and that I hope he never loses touch with that current.

Hill is currently editing Mid 90s, his semi-autobiographical directing debut, and that he hopes to have it ready to screen at Telluride, or seven and a half months hence. He’s no longer on board with Uncut Gems, a Benny and Josh Safdie film that presumably has something to do with larceny. His departure was mostly about scheduling issues. The script for the Richard Jewell movie is currently undergoing rewrites at the direction of helmer Ezra Edelman, who “wants to make it his own thing,” Hill explained.

Here’s our brief discussion. The recorder was right next to Jonah, and yet for some reason it sounds like he’s sitting five feet away. 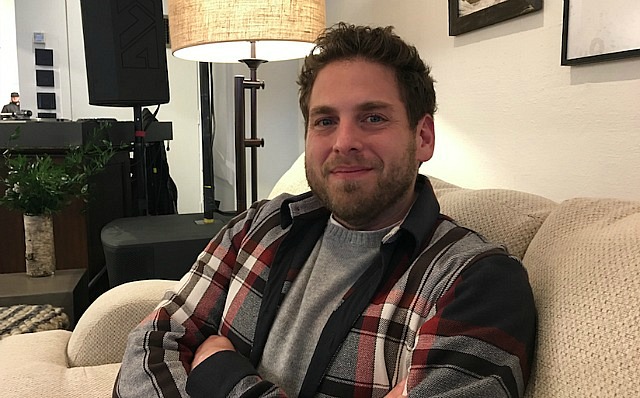