In tribute to the late Erland Josephson, the great Swedish actor who worked with Ingmar Bergman (Hour of the Wolf. The Passion of Anna, Cries and Whispers, Scenes from a Marriage, Fanny and Alexander) and Andrei Tarkovsky (Nostalghia) before passing yesterday at age 88, I’m re-running a 2007 article about a Manhattan encounter I had with Josephson and some other Swedish actors (Harriet Andersson in particular) about 30 years ago: 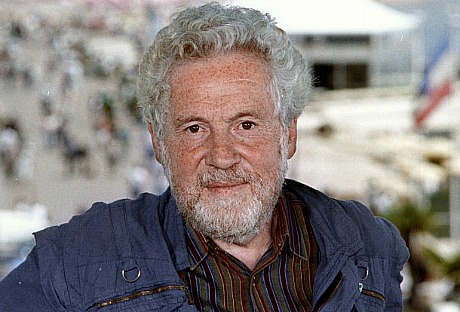 “The closest contact I ever had with Ingmar Bergman, so to speak, was a night in 1981 or ’82 when I talked for a long while with Harriet Andersson, who had a relationship with Bergman in the ’50s and starred in various Bergman films of that general period (including Summer With Monika, Sawdust and Tinsel, Through a Glass Darkly) and later costarred in Fanny and Alexander.

“There was actually a little more than talking going on. There was enough of an attraction that after 90 minutes or so Andersson suggested that we could perhaps leave the party (some invitational soiree on behalf of Swedish filmmakers that was happening in some cavernous space in Soho or Tribeca) and head uptown and…who knew?

“I knew one thing: an attractive middle-aged woman (she was nudging 50 but looked a good ten or twelve years younger) who had once been entwined with the great Ingmar Bergman was now somewhat interested in me. I was certainly flattered. If you believe that lovers pass along certain particles and auras to each other and that these are somehow absorbed and become part of who and what they are for the rest of their lives, I was thinking that on some ethereal level I might absorb a little residual Ingmar.

“But instead of grabbing a cab, Andersson arranged for us to ride uptown in a limo with a group of her Swedish film industry friends, including actor Erland Josephson, who had starred in several Bergman films himself including Hour of the Wolf, The Touch, Cries and Whispers and Scenes from a Marriage. There were five or six of us crammed into the back seat, and it was only a matter of ten or twelve seconds before they all realized what was going on and starting making joke after joke. In Swedish, of course, but translations were unnecessary.

“The mockery and the giggling and the howling went for two or three minutes, but to me it felt like a non-stop barrage. I tried to smile and be a good sport at first, but after a minute or so my eyes froze over. I distinctly remember Josephson being the worst of them. He was slightly in his cups and looking at me with a certain fiendish glee as he let go with one derisive snort after another. The import, more or less, was ‘Hah!…you worthless nobody!…you think you are good enough to lie down with Harriet?…think again!’

“By the time we were let off at Andersson’s hotel at 59th Street and 7th Avenue, I was on the verge of vomiting. It was all I could do to say ‘very nice meeting you’ to Andersson before turning and walking off. She’d been howling along with the rest of them, after all. Nice.”

In short, Josephson was a major talent and legendary actor who, like many people who live on the creative edge, was capable of brutal judgment and, if he’d had a few, casual cruelty. I’ve never forgotten that night so off you go, Erland…off you go, escorted by an army of dark horned angels, ya prick ya. The next time an older woman friend hooks up with an attractive young guy and wants to take him home, I’ll remember to be nice and friendly if we share a cab uptown.

Josephson was director of the Royal Dramatic Theatre in Stockholm from 1966 to 1975. He also directed a 1980 film called Marmalade Revolution. 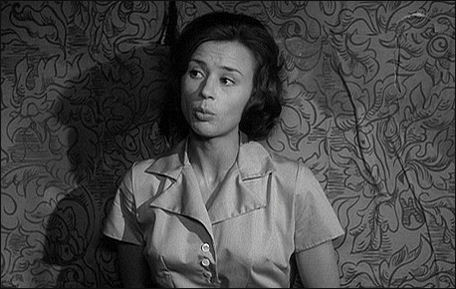