Is Joyce Mitchell Saga (a) A Werner Herzog Documentary or (b) An Oscar-Bait Drama With a Break-Out Dramatic Performance by Melissa McCarthy?

The sad but oddly touching saga of Joyce “Tillie” Mitchell is a movie waiting to happen. I’m imagining a serious drama starring Melissa McCarthy in a potentially riveting dramatic performance (definitely Oscar bait) but also, conceivably, a Werner Herzog documentary. Or maybe it’s an HBO movie — I need to think this through. But I’d be hugely surprised if eagle-eyed producers weren’t all over this story right now. Mitchell is probably looking at jail time but if she writes an honest book she could see the rights to someone like Scott Rudin or Cassian Elwes or Mike Deluca. She could have a chance at some happiness — a second act — when she gets out. Seriously. 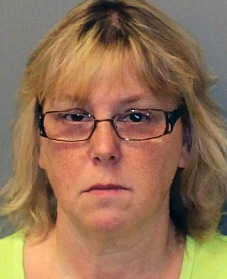 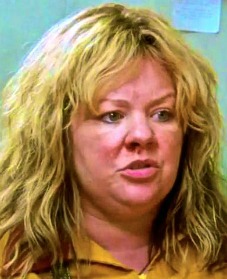 Call her reckless or foolish or even pathetic, but Mitchell, the pudgy prison employee who’s confessed to not only helping a pair of killers escape from the Clinton Correctional Facility but had also planned to drive their getaway car and wanted the escapees to zotz her husband Lyle, was looking for love, intimacy, a profound bond. She was obviously desperately unhappy and at least tried to do something to brighten her world.

Joyce wasn’t getting what she wanted from Lyle — that’s for sure — and before she came to her senses and decided against enlisting the escapees to kill her husband she was carried away by what she undoubtedly believed was profound love as well as great sex with the “well-endowed” Richard Matt, one of the escapees. She may have also had relations with co-escapee David Sweat, according to what I’ve read/heard.

The bottom line is that Mitchell was miserable and desperate for the real thing. Okay, she may not be the sharpest tool or the brightest bulb but your heart goes out to her.

If McCarthy doesn’t want to play Joyce (but how could she not? Joyce is basically Tammy in a dramatic downbeat mode) Amy Schumer would be an excellent second choice. Schumer’s sarcastic. fatalistic woe-is-me, low-self-esteem thing fits right into the Mitchell profile. I’m serious — any woman in a loveless, joy-less, all-but-spiritually-dead marriage (what would that be, 30% or 40% of all marriages in this country?) will relate. Especially if the right actors play Matt and Sweat. I’m thinking maybe Mark Ruffalo as Matt. It’ll be a great part, and you know that actors will be attracted on general principle to playing a guy with a large appendage. I’m just being honest.

From last night’s New York Post story by Reuven Fenton and Bruce Golding: “The love-struck woman busted on charges of helping two killers pull off an upstate prison break allegedly confessed that their plan included knocking off her husband and fleeing to a cabin in Vermont, it was reported Sunday. Joyce ‘Tillie’ Mitchell made the stunning admission during two 10-hour interrogations by State Police investigators, a law-enforcement source told the Albany Times-Union.

“But she changed her mind at the last minute and failed to show up with a getaway car when convicted killers Richard Matt and David Sweat climbed out of a manhole outside the maximum-security Clinton Correctional Facility in Dannemora, officials said.

“Clinton County District Attorney Andrew Wylie said Sunday that Mitchell’s change of heart came when she realized she still loved her hubby, Lyle” — bullshit! — “and felt guilty about what she had done.” Wells interjection: She realize she didn’t want to be involved in killing anyone but to suggest she she “still loved” her husband after actively planning his death is ridiculous.

“’Basically, when it was go-time and it was the actual day of the event, I do think she got cold feet and realized, What am I doing?’ Wylie said. ‘Reality struck. She realized that, really, the grass wasn’t greener on the other side.’