“There’s a lot of things I like about America,” Two Days in Paris director Julie Delpy tells N.Y. Times writer Kristen Hohenadel. “[But] that puritanism, I don’t like.” Delpy is referring to a situation in this country eight or nine years in which certain acts of oral sex became an issue of great Constitutional concern, which Delpy says would never happen in France. 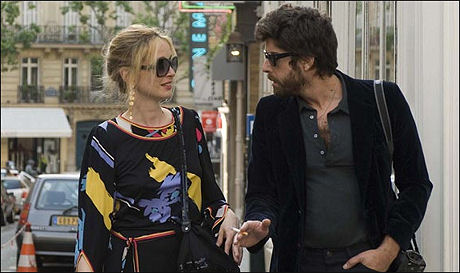 The real issue in ’98 and ’99, of course, wasn’t oral sex, but whether or not an American President should be impeached for lying about his having received same, or having otherwise fudged certain particulars under oath. Bill Clinton was not only entitled to lie about this matter; by any standard of dignity he was absolutely honor-bound to do so, given the absolute inappropriateness of such a matter being investigated by lawmakers and given the gutter-grovelling character of many of Clinton’s opportunistic pursuers.
Someone should make a doc about the upstanding, God-fearing lawmakers who pressed this ridiculous issue to the point of embroiling the country in an impeach- ment proceedings — a Lewsinky-gate Hunting of the President.