A draft of Quentin Tarantino‘s Crimson Tide punch-up, signed by Don Simpson and Jerry Bruckheimer. A 1998 copy of Any Given Sunday, signed by Oliver Stone, Jamie Foxx (“peace”), Dennis Quaid and Cameron Diaz. And a musty, somewhat early draft of Chinatown (153 pages, Evelyn Mulwray kills Noah Cross at the finale), bearing some resemblance to the finished film and signed by the great Robert Towne, Dick Sylbert, Robert Evans and James Hong.

Polanski wasn’t around, of course, but if he had been he probably wouldn’t have signed because it’s a version of the film he had no influence upon. 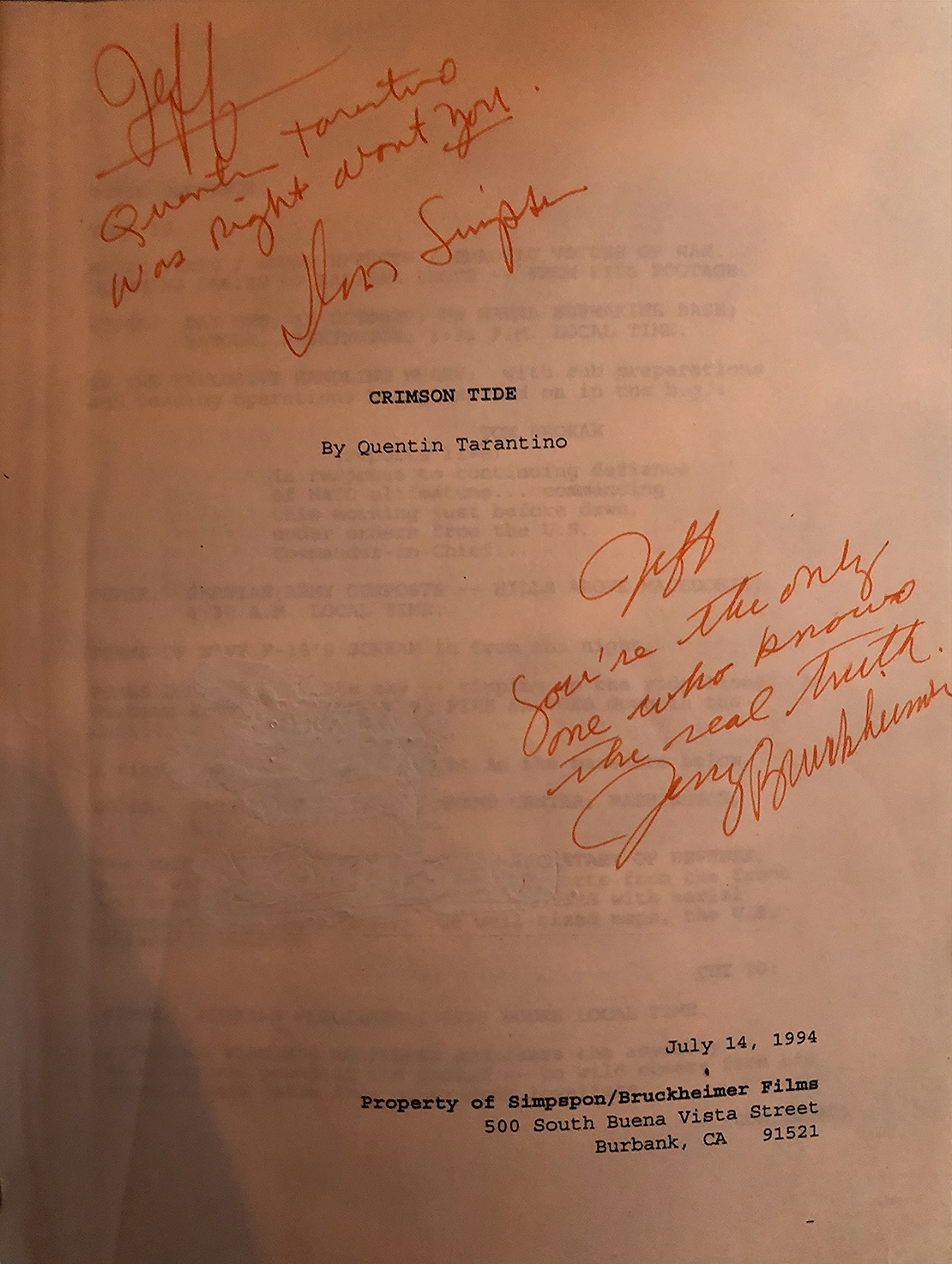 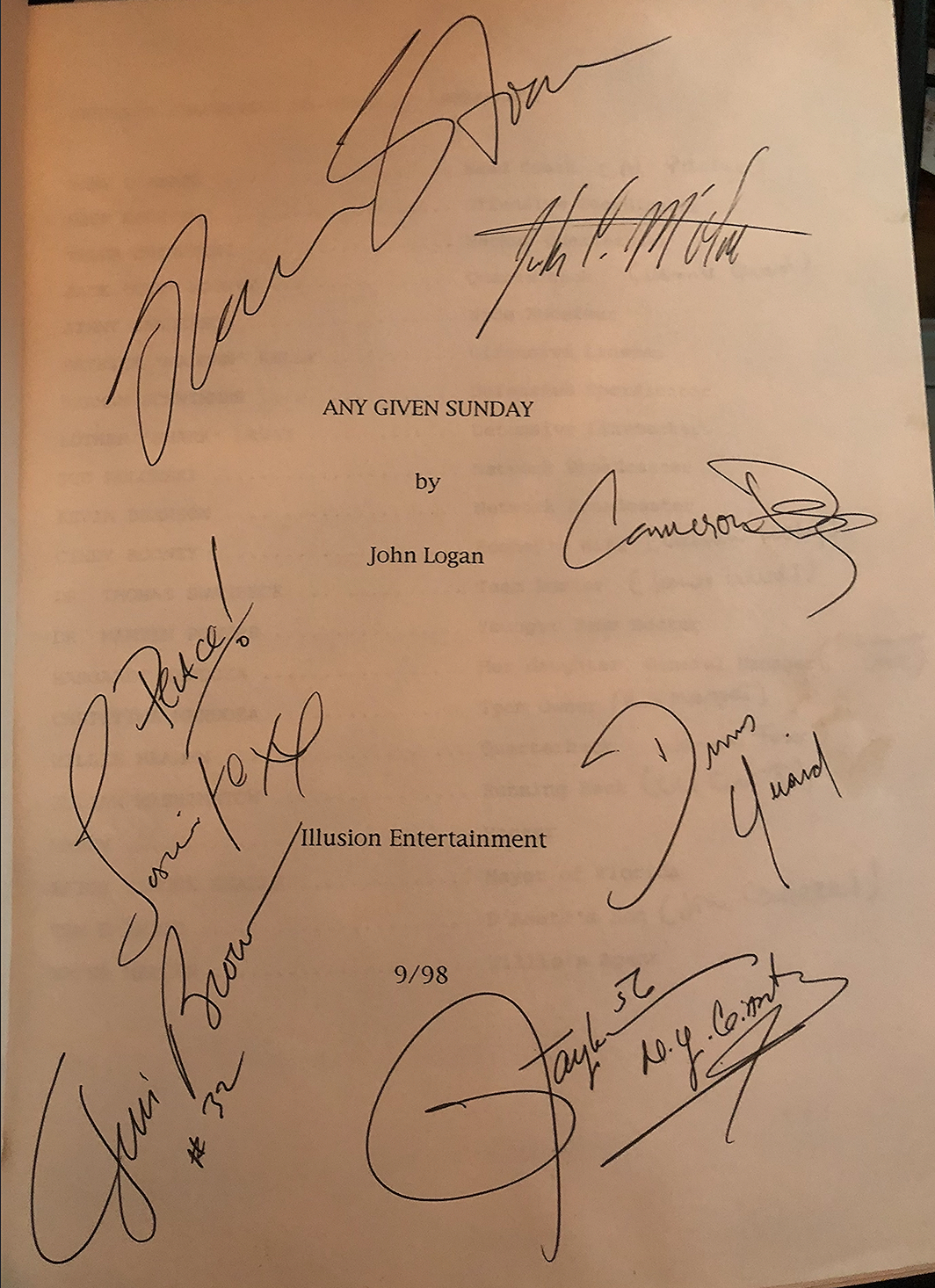 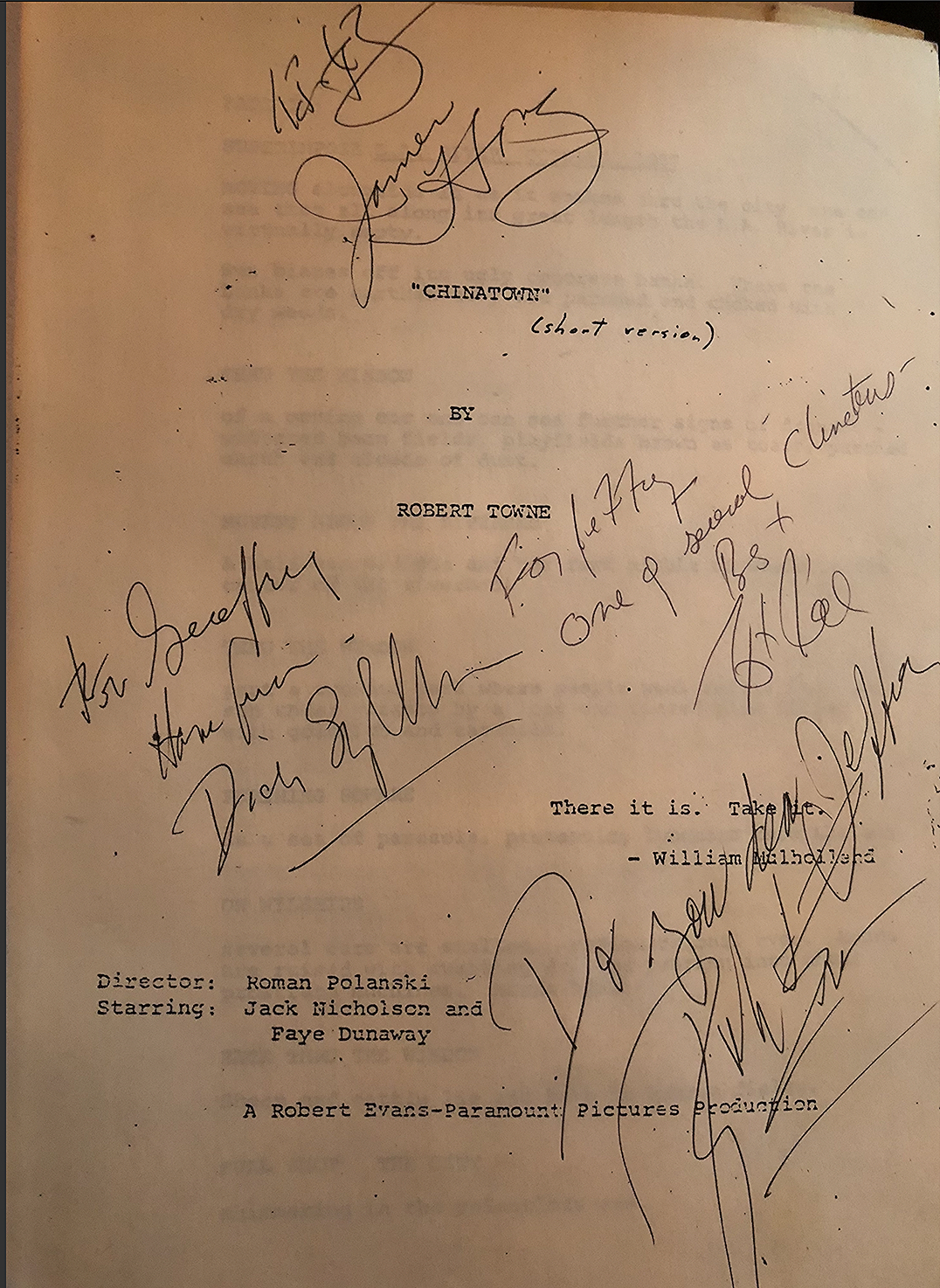