Kanye West Reaffirms Who He Is

From a just-posted Michael Arceneaux piece in Rolling Stone — “Why Kanye West’s Pro-Trump Tweets Are a Real Threat“: “The conservative movement has never had an advocate as cool as Kanye West and many should be alarmed. West doesn’t need conservatives to elevate him, but they will benefit from his boosting of their beloved mouthpieces under the guise of promotion of ‘free thinking.’

“Then there is the image of Kanye West donning a Make America Great Again hat while declaring that Trump is his ‘brother.’ 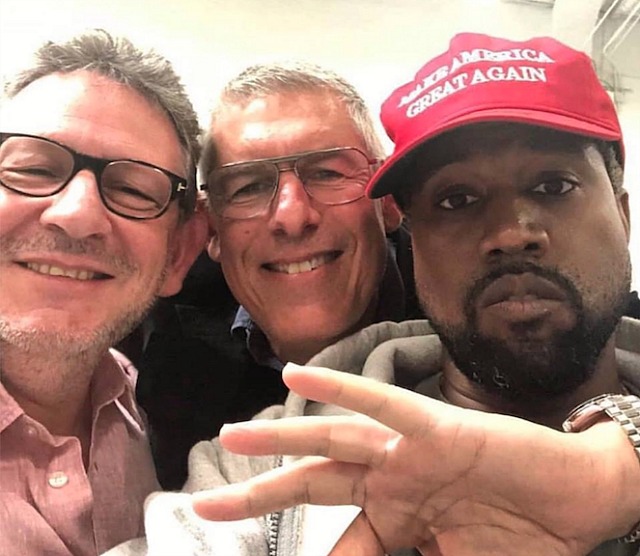 “When you wear that hat, you are aligning yourself with the man who wants to deport immigrants who have done nothing but pursue a better life; to bar trans people from serving in our military; to subject gay, bi and queer people to legally protected prejudices of all variances; to subject black people to harsher realities in every facet of our lives; to deny women autonomy over their own bodies. Worse, you are joining the likes of the tiki-torch–clutching white supremacists who stormed Charlottesville in the promotion of what that hat and the man behind it symbolizes.

“The inconvenient truth is that there are a number of black people more interested in enjoying the perks of white privilege than in leveling the playing field. Where Kanye West falls on that line has been clear for a while, but it is now undeniable. Conservatives have long wanted to reel in as many black faces as they could to uphold the status quo. With Kanye West going full on alt-right on us, they’ve just found their best recruiter ever.”