Last night Entertainment Weekly‘s Dave Karger admitted that the string has run out on War Horse. He didn’t say that Steven Spielberg‘s World War I cornball-and-treacle drama was Oscar toast — that would have been too declarative. But his 1.11 piece is titled “War Horse: Are Its Oscar Hopes Fading?” And in the world of Karger-speak you know what that means. 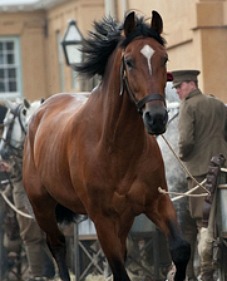 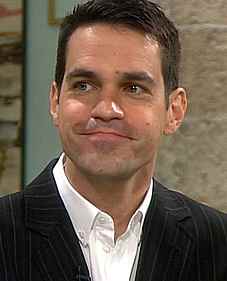 The gist of the article was basically “wait…whoa…what happened?”

It’s one thing when a Spielberg-hater like myself says War Horse‘s Oscar hopes are all but dashed, or when measured, dispassionate pundits like TheWrap‘s Steve Pond or Indiewire‘s Anne Thompson come to the same conclusion. But you know the game is really over when “Safe Dave” — perhaps the leading divining rod of conventional emotional-default thinking among award-season pundits — joins in.

“When I saw War Horse in November, it seemed to me a great bet for Oscar nominations in at least six categories, including picture, director, adapted screenplay, cinematography, art direction, and editing,” Karger writes. “Some of my respected Oscar-prognosticator colleagues even began predicting it would win Best Picture after its strong Christmas debut in limited release. But with Oscar-nomination ballots due this Friday, I’m wondering what happened.

“Without any real standout performances, is the film not connecting with actors? With its wartime setting and sweeping visuals, did it strike people in the industry as too blatant an awards contender?”

Uhm…I think you might be on to something, Dave, with the “too blatant” thing.

I think on some level I still blame Karger for his relentless predictions that The King’s Speech would beat The Social Network last year. I know that Academy members and the DGA in particular were sold on Tom Hooper‘s film for their own reasons, but Karger and his ilk pushed the bandwagon along, and you’ll never convince me that they didn’t nudge a lot of fence-sitters into the King’s Speech boat. They provided some of the wind that inflated its sails.

Which is why I wrote the following last January when the Academy nominations were announced during the 2011 Sundance Film Festival:

“I need to accept and deal wiith what’s happened but…but…wow, I don’t feel so good. I like and admire The King’s Speech — it’s a very stirring and well-made film — but at the same time I feel like Milan Kundera did when the Soviet tanks rumbled into Prague. And standing next to the turret on the tank at the head of formation are Dave Karger, Anne Thompson, Peter Howell and their allies, all wearing Soviet military uniforms and beaver hats.”