Honoring the recently-departed Richard Widmark‘s performances, N.Y. Times DVD columnist Dave Kehr shows a little more passion and vigor that he usually does within the boundaries of his tweedly-deedly prose style. Here‘s a graph about Widmark’s work in Jules Dassin‘s Night in the City (1950): 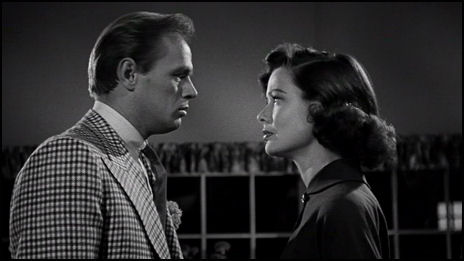 “It’s hard to imagine another tough-guy actor of the period allowing himself to come as close to tearful impotence as Widmark does, at the moment his character realizes that there is no escape from the vengeful associates he has betrayed. Running toward the camera, as well as toward his death, Mr. Widmark allows his face to go slack and his limbs to loosen; he seems to become a panicked child before our eyes, shrinking into infantile helplessness.
“A jump cut might take us to the opening scene of Rebel Without a Cause, when James Dean‘s drunken teenager collapses on the sidewalk, playing with a toy monkey.”