What Kind Of Sick Mind Would Dream Up Another Matrix Flick? 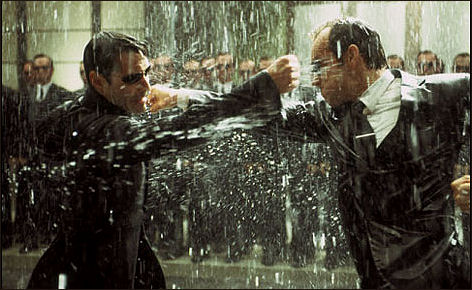 “We’re approaching the four-year anniversary of the final collapse of the Matrix theology that came with the release of The Matrix Revolutions, ” I wrote on 8.27.07. “Too bad it’s not the fifth anniversary or I could tap out a stock-taking piece. It was a pretty amazing meltdown; hard to believe it all happened the way it did.

“Are the second and third Matrix films still the most despised and discredited franchise films ever made? Is there anyone in the world except for the 300 or 400 remaining Wachowski geeks out there who’s even watched Matrix Reloaded or Matrix Revolutions on DVD over the past three or four years?

“I wrote a piece called “Neo Schmeo” that summed it all up back in October 2003: