Willamette Week‘s Matthew Singer is reporting that an 8.6 film festival screening of Kindergarten Cop in Portland has been deep-sixed over concerns that the 1990 Arnold Schwarzenegger crime comedy is…well, I’m not entirely sure.

The cancellation has something to do with the Ivan Reitman film being (a) too friendly to cops, which is seen as a bad thing in today’s Portland protest climate, and because (b) cops are seen as negative influencers upon kids of color in schools, especially in terms of the dreaded “school-to-prison pipeline.”

The festival is called Drive-In at Zidell Yards, and it’ll run between 8.6 and 9.27. It’s being managed by the Northwest Film Center in association with the Portland Art Museum. 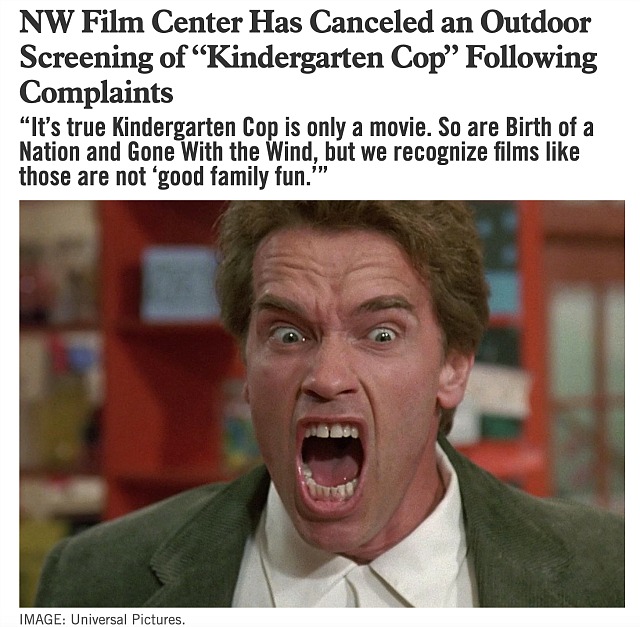 The only thing I remember about Kindergarten Cop is that little kid asking Schwarzenegger’s Detective John Kimble, who’s pretending to be a teacher in order to get the lowdown on some stolen drug money, if he might be suffering from a tumor, and Arnold replying “it’s not a tumor!”

The Universal release was filmed 30-plus years ago in Astoria, Oregon. NWFC had planned to show the film “for its importance in Oregon filmmaking history,” according to a release. But Cop was yanked after Portland author Lois Leveen (“The Secrets of Mary Bowser“, a novel about a female slave who becomes a Union spy) trashed the film on Twitter, claiming that it conveys a damaging message regarding children of color and “over-policing.” Or something like that.

“National reckoning on overpolicing is a weird time to revive Kindergarten Cop,” Leveen tweeted. “There’s nothing entertaining about the presence of police in schools, which feeds the ‘school-to-prison’ pipeline in which African American, Latinx and other kids of color are criminalized rather than educated. Five- and six-year-olds are handcuffed and hauled off to jail routinely in this country. And this criminalizing of children increases dramatically when cops are assigned to work in schools.”

“It’s true Kindergarten Cop is only a movie. So are Birth of a Nation and Gone With the Wind, but we recognize [that] films like those are not ‘good family fun’. They are relics of how pop culture feeds racist assumptions. Because despite what the movie shows, in reality schools don’t transform cops. Cops transform schools, and in an extremely detrimental way.” 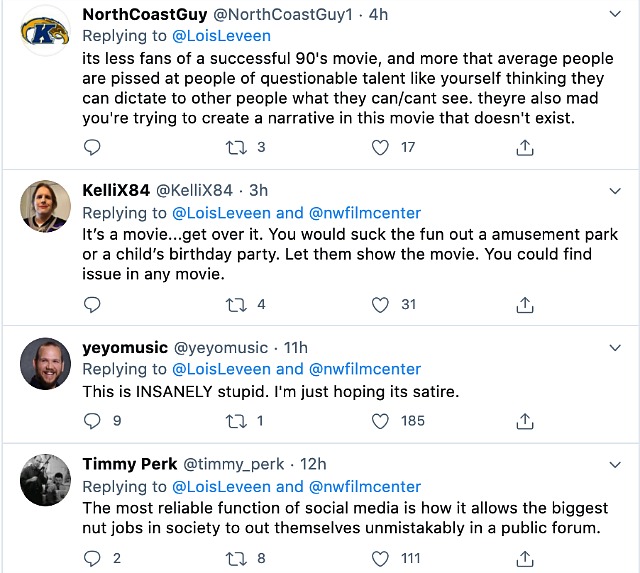