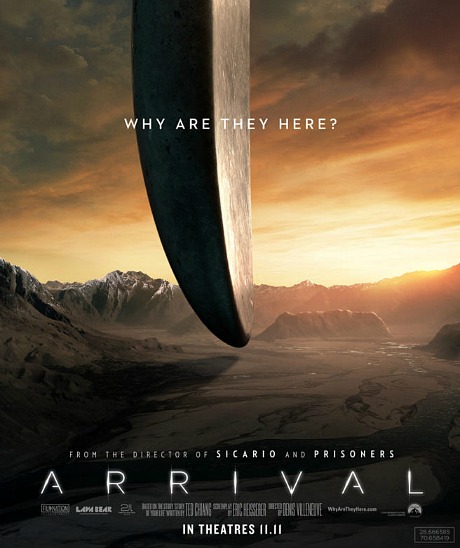 “The script bears some resemblance to Chiang’s story in that it takes a key part of the theme — that communication is everything. It doesn’t follow the minutiae of translating Heptapod A or B into English, which occupies portions of the short story. The tone of the script has more in common with Close Encounters of the Third Kind than the action beats of Independence Day.

“In the script Amy’s character discovers that the aliens have arrived to decide whether the human race is dangerous to civilization and therefore worthy of extermination, or a race worthy of survival for their altruism. Which is more or less the same mindset of Michael Rennie‘s alien race in The Day The Earth Stood Still.

“Amy is the one who breaks through to the Heptapods and saves the world. The script also cuts back and forth to the belligerent countries who want to nuke the pods, in which case all would be lost. There’s also a love story at the center of things.

“The script is very smart — I’m curious to see how they pull it off.”

In Chiang’s short story there’s a Heptapod named Rasberry. I didn’t ask if there’s an alien with that name in the script.