McCarthy responded to the gist of Amanda Knox‘s complaint about Stillwater being fundamentally based on her 2008 murder conviction and subsequent exoneration, and her not having been consulted prior to filming. McCarthy also mentioned that her statements were somewhat undermined by the fact that she hadn’t yet seen the film.

Yesterday Knox posted a series of tweets about the McCarthy interview [excerpts after the jump], and made some reasonable points. However, she also tweeted the following: 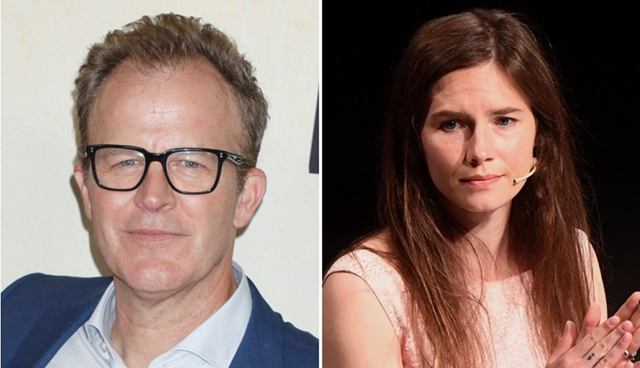 HE response to friendo: “Seeing Stillwater would not be an ‘ideal date night’ and that’s why she still hasn’t seen it yet? But she would be amenable to seeing it, she said earlier, if Focus would invite her to a screening. The date night remark was playful, but she invites skepticism.”

Friendo to HE: “You have to admit that it’s hilarious when, in being asked at the outset in the new interview what his inspiration for the movie was, McCarthy says, ‘One inspiration was a relative of mine who had a fractious relationship with her father. I asked if she minded talking to me about it.” This after previously not being afraid to openly and preemptively acknowledge the Knox case was a springboard, before he had to worry [that Knox might be] endangering his Oscar campaign. Now Knox is incidental, he claims, while asserting that he was inspired by a friend. That kind of covering-one’s-ass (publicly and badly) is the hallmark of a really insubstantial person, or a scaredy-cat on the run.” 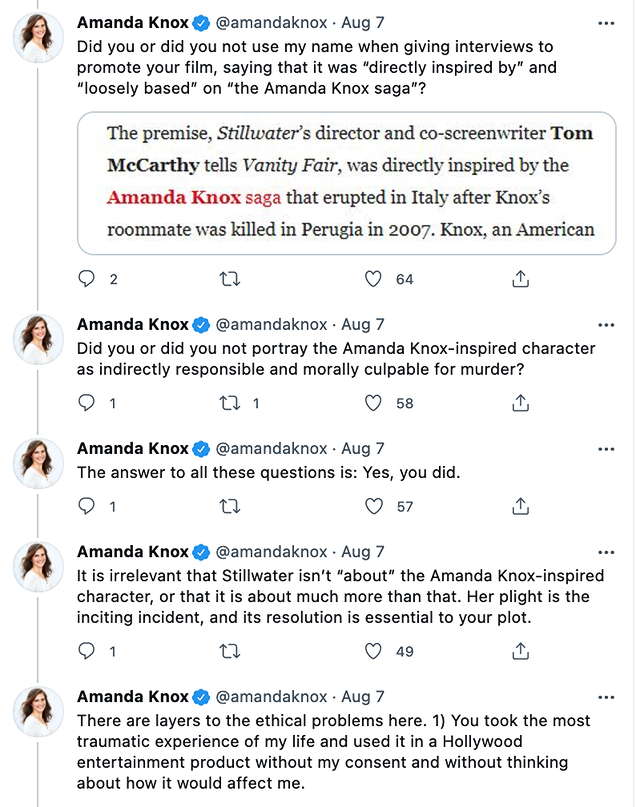