McCain not knowing how many homes he owns is a good score for the Obama team. That plus defining rich as having $5 million in assets are excellent personal-economic-values distinctions that need to brought up again and again. But as Richard Miniter wrote yesterday on pajamasmedia.com, the easiest and least problematic answer to “How many homes do you own” would have been for McCain to say “none — my wife owns them all.” 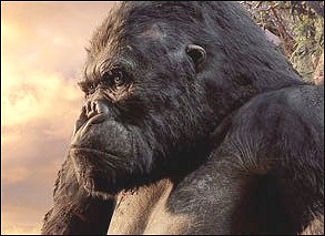 But that would mean big John McCain acknowledging to the whole world that his presumptive dominant alpha-male posture is that just — a posture — compared to Cindy’s economic power. And righties can’t do that. They need to be able to beat their chests like gorillas in front of their friends and their business or political friends, or they’re nothing. That’s why McCain pretended not to know (or care) yesterday. Because speaking the truth would have made him feel diminished.