The Agony of the Kramer

We all know about the disappearance of Sean Penn from Wayne Kramer‘s much-delayed Crossing Over (Weinstein Co., 2.9.09). Penn shot a couple of scenes as immigration cop Chris Farrell in the Weinstein Co. drama, but he’s not in the trailer and his name is missing from the credit block. What gives? Why the hell would Kramer cut Penn, a major name actor, out of this Traffic-like drama about the problems of immigrants seeking U.S. citizenship? Because his acting sucked?

I don’t know for a stone fact why Penn is MIA, but an explanation came to me today from a credible, well-placed source. Penn asked to be removed from the film, the guy says, because he had a serious beef with a Kramer subplot in the film involving an Iranian character murdering his sister in an act of “honor killing.” I’m aware of reports that this scene was cut from the film (or diluted) after the National Iranian American Council (NIAC) and other voices claimed it was defamatory, but Penn, I’m told, still had a problem with it. Maybe this was just part of the reason.

In any event, Crossing Over is said to have been a “horrific experience” for Kramer, who didn’t get back to me when I wrote him earlier today. I got this story only a few hours ago and didn’t have time to do the usual calling around and cross-checking. Everyone’s on Thanksgving holiday anyway. This is just one well-placed guy’s perspective.

Kramer, I’m told, had a contractual final cut but that doesn’t cut much ice with Harvey Weinstein if there are creative differences afoot — Harvey can just say sure, okay, you insist on final cut and I’ll send your movie straight to DVD. The bottom line, my source claims, is that Harvey pretty much ignored Kramer’s final-cut contract by letting Crossing Over costars Harrison Ford and Sean Penn fiddle with it in editing.

Crossing Over shot sometime during the spring and early summer of ’07, and when Kramer’s cut was test-screened it tested “just okay, nothing great,” I’m told. Crossing Over is a tough, hard-knocks drama with a somewhat downbeat tone, and such films tend to test modestly or so-so. If it’s a sad or glum movie in any way, people go “ewww…I liked that Adam Sandler movie we saw last week better.” 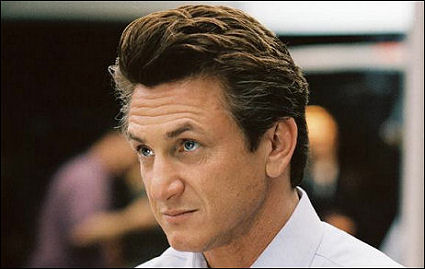 In any case, after Kramer’s version screened Harvey said okay, you’ve done your cut, now me and Frank” — Frank Marshall, Crossing Over‘s producer — “are going to cut our own version. Kramer flipped out over this at first, but Frank and Harvey’s version wound up testing a little better than his so he swallowed his pride and more or less agreed to let this version be the final one.

But then Harvey showed the film to Ford, who didn’t like this and that aspect so he took the film and did his own cut, but “it was so bad that Harvey decided to not even test it.” So Kramer was relieved that Harrison’s cut was awful and the pendulum had swung back to the Harvey-Marshall cut. But then Harvey said, ‘Oh, I’d better show it to Sean Penn’ and Penn has issues with it also, principally the way the Iranian honor-killing character was portrayed.

There was some back and forth bickering on Penn’s complaints with no resolution. The episode came to a crescendo, my guy says, when Penn’s agent, CAA’s Byran Lourd, called Harvey and said the best way to deal with this is to cut Sean out of the movie. To which Kramer responded, “What…?”

Harvey called Lourd and said, “I’m not going to cut Sean out, I have a contract, this movie cost $20 million, fuck you, we’re not rolling over for you guys,” etc. Two days later Harvey calls and tells Kramer, “We’re cutting Sean out of the movie.” I’m sorry but I think this is hilarious. 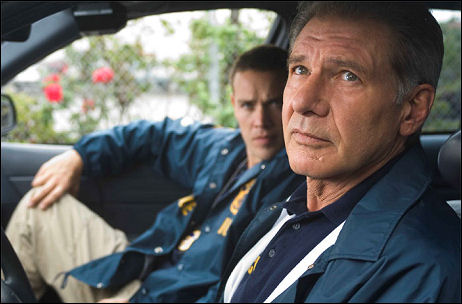 “I think it’s important that people know about what is happening to Wayne,” my source says. “My own view is that Penn should be shamed into giving Kramer the movie he wants and deserves. It is very easy to demonize Harvey in all of this, but Harvey, Frank and Wayne all had a cut of the picture they were satisfied with. Harvey’s weak link is giving stars too much influence. In this case it is Penn, who touts himself as being an artist of integrity, but in this case is completely screwing over a reputable filmmaker simply because he doesn’t agree with his political views. It’s really shameful.

“Another big question is where is Frank Marshall in all of this? How come he isn’t standing up to Sean for Wayne? Do these stars have so much power that producers are going to cave in to their political whims and destroy a fllmmaker’s work just so they can maintain a relationship with that star down the line? It should really give filmmakers pause.”