Laid Back in Italy

I ran into Men Who Stare at Goats director-writer Grant Heslov on 10.13 at the opening-night party for the London Film Festival. He had flown up from Italy with George Clooney, the star of Anton Corbijn‘s then-shooting The American, of which Heslov is one of the producers. It’s about an asssassin (Clooney) hanging back and chilling down in a Southern Italian village as he prepares for the proverbial final assignment while coping with a romantic entanglement and local friendships, etc. 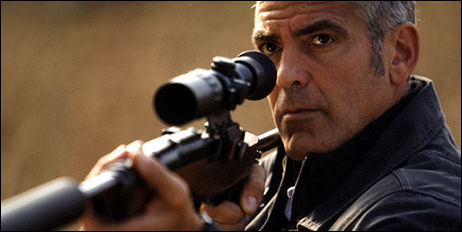 Photo copied from an 11.11 Playlist posting.

You know what this sounds like? Local Hero with high-powered rifles and scopes and silencers.

I told Heslov I was especially excited to see this film because of my delight with the visual compositions in Corbijn’s last film, Control. I asked if there’s any chance that The American is being shot in black-and-white. “Nope,” said Heslov, faintly amused.