A beach-frolic shot from Terrence Malick‘s Knight of Cups (Christian Bale, Natalie Portman, sandy feet, waves, laughter) is being called an exclusive and the pic’s “first official still” by The Hollywood Reporter‘s Pamela Mclintock. Which it is, apparently, except loads of similar shots were posted last May by Indiewire and other sites. I don’t feel the thrill. 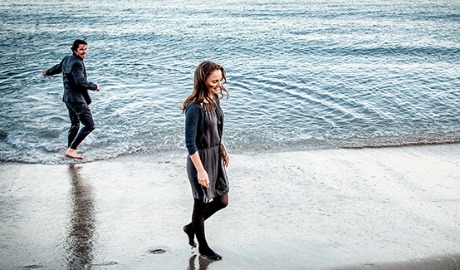 The Hollywood Reporter‘s exclusive image from Knight of Coups. 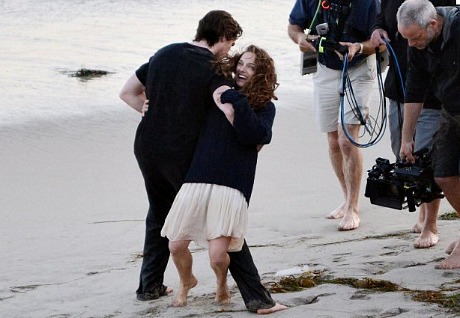 One of many shots that appeared online last May.

Footage from Cups, which will presumably be ready for release sometime in 2014 (although with Malick you never know) is being screened for Cannes buyers by Glen Basner‘s FilmNation. (Last year Basner’s team blocked me from attending buyers’ screenings of Mud, and therefore kept me out fo the conversation until just before it opened stateside — thanks, guys!) McLintock writes that “the film’s tightly guarded plot is said to be about celebrities and excess.” Don’t you believe it. Knight of Cups, trust me, is going to be about whatever is swimming through Malick’s head as he’s cutting it — nothing more and nothing less.