Here I am finally running a piece about Surfwise and its director, Doug Pray, whom I interviewed on the phone over a month ago. My apologies to Doug and the PMK/HBH publicist who worked with me on this. Here’s our chat, at least. All vital information lies within. 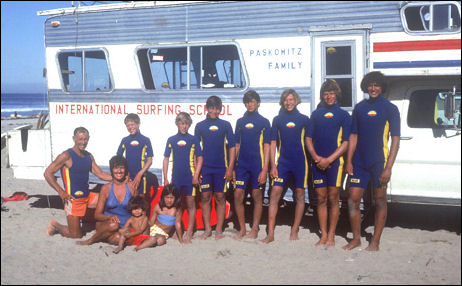 It’s not that I didn’t like the film. Surfwise, a doc, is a wild and surprising thing, really. A portrait of a large family (dad, mom and nine kids) who lived as surf vagabonds in the ’70s and ’80s, roaming around in a small-sized camper, and especially about what a dictator-prick the father of the brood — Dr. Dorian “Doc” Paskowitz — turned out to be.
And yet he raised his children to be strong and aware and resourceful; not one turned out “badly.” And yet they all clearly have issues with the guy. And Doc, now in his mid ’80s and doing pretty well health-wise, is shown as still feisty, still headstrong, and not all that concerned with his children’s opinions of him. Father knows best.
What matters in the end is that Surfwise starts out as one thing — something light and good natured and even Brady Bunch-y at times — and then gradually veers into the darker imagnings of Eugene O’Neil.

A doctor who eventually got fed up with the straight and narrow, Paskowitz is first portrayed as an admirable rebel. Pray shows us how Doc, his wife Juliette, and their nine kids spent nearly 20 years driving around the U.S., driving from beach to beach and living hand to mouth. No formal education for the kids — they were camper-schooled. Doc eventually started a successful surfing school in Orange County. But his tyrannical purist ways finally pushed the kids away and into their own lives and into apartments and homes with actual plumbing.
By the time Pray began working on Surfwise in ’04, many or most of the kids haven’t seen the old man in ten years.
One thing that inspired them to leave was Doc and Juliette’s insistence of having sex every night inside the camper, loudly, whether their kids were asleep or not. Good God.
I’ve just realized, I think, why I hesitated writing about Surfwise. It’s because Doc reminds me in a very roundabout way of my own father, who inspired me to emotionally “leave home” at a very early age because of his brusque and aloof manner. A dark cloud hung over him night and day. He was a good dad — took care of three kids, paid the bills, kept a roof over our heads, paid for everyone’s education — and a bright and witty fellow, but a negative influence in almost every other way. 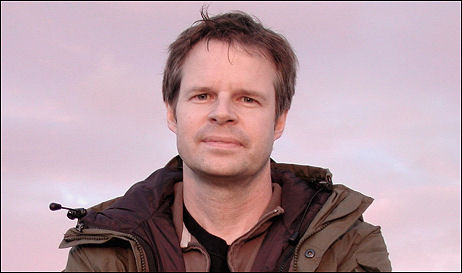 My father was like Doc, I believe, because he lived his life the way he wanted to (which included drinking until he went into AA in the mid ’70s), and because his manner and emotional attitude was finally alienating. He never hit anyone (except for me, once) or caused a scene or acted cruelly in any blatant way. He was and is a decent and well-behaved man, but a good portion of my life has been guided by a strong wish not to be resemble him in any way.
Except for the part about being a writer, that is. My dad began in journalism, but became a successful advertising copywriter and account executive.
Apologies to Doug and Magnolia Films for my personal stuff getting in the way of Surfwise ink. Update: Apologies for the bad grammar and syntax that I didn’t correct until Friday, 6.6.