8:07 pm: HE email to Call Me By Your Name‘s Luca Guadagnino: “You and your highly esteemed colleagues (Timothee Chalamet, Armie Hammer, Michael Stuhlbarg, James Ivory, Peter Spears, Howard Rosenman, Sufjan Stevens) made the absolute finest film of 2017….hands down, no question, history will acknowledge. I will continue to say this over and over because it’s true. I love you and your facility, your gift. Onward, hugs, creations.”

8:04 pm: Barbra Streisand presenting the Golden Globe for Best Motion Picture, Drama, and the winner is Three Billboards outside Ebbing, Missouri. Hugs and congrats all around, but I’d also love to hear from Chris Willman about this. Streisand won Best Director for Yentl 34 years ago, she reminds — the last time a woman won. Time’s up!

7:59 pm: Will Three Billboards‘ Frances McDormand or Shape of Water‘s Sally Hawkins win for Best Actress, Drama? McDormand wins! “I have a few things to say. I’m still not quite sure who the HFPA [members] are when I run into them, and they managed to elect a female president….just saying. Everybody brought their very best game to this one. The women in this room tonight are not here for the food — we are here for the work. Thank you.”

7:52 pm: Gary Oldman‘s chances of winning the Best Actor Oscar would have been down the tubes if he hadn’t won tonight, but he did. Golden Globe winner for Best Actor, Drama, and he forgot to thank director Joe Wright! And now, it seems, he’s a likely winner for the Oscar. C’est la vie, c’est la guerre. Timothy Chalamet, Oldman’s closest rival, will have many shots over the years and decades to come.

7:45 pm: The Golden Globe for Best Motion Picture, Comedy/Musical goes to Lady Bird…of course! Greta Gerwig ascendant! The story of her life transformed. Hollywood Elsewhere totally approves. I remember that electric moment when I first saw it in Telluride.

My Telluride email to Gerwig: “By far the best, wisest, smartest, most emotionally resonant film I’ve seen at Telluride ’17. No question. I will say as much tomorrow morning. It’s the only real break-out and pop-through. And Saoirse Ronan, of course, for Best Actress. Loveless and First Reformed were also excellent, of course. But Lady Bird was/is the best of the bunch.”

7:28 pm: HBO’s Big Little Lies wins for Best TV Movie or Limited Series. Watched two episodes, wasn’t delighted but didn’t mind it, couldn’t stay with it. If you ask me the awards onslaught (including the 2017 Emmys) is out of proportion to how good it really is/was. Who strongly disagrees?

7:03 pm: It’s time for the big Oprah Winfrey tribute. A good, willful progressive with her priorities straight, but never forget what Winfrey said in the wake of President-Elect Donald Trump‘s visit to the Obama White House: “I just saw the two of them together, [and] I will say this: I just saw President-elect Trump with President Obama in the White House and it gave me hope. To hear President-elect Trump say that he had respect for President Obama, it felt that he had reached a moment where he was actually humbled by that experience.” This, ladies and gentlemen, is part of who and what Oprah is. Be honest. Irrefutable. That aside, Winfrey’s speech is heartfelt, show-stopping. Truth-slap to racism, paternal power and brutal men, whose “time is up.”

6:53 pm: The Marvelous Mrs. Maisel (Best Series, Musical/Comedy) is really doing well tonight. On my knees, I guarantee with all my heart that I’ll never, ever watch this…ever.

6:40 pm: Fatih Akin‘s In The Fade (a top Hollywood Elsewhere favorite along with Andrey Zvyagintsev‘s Loveless) wins for Best Foreign Language Film! Congrats to all concerned, and particularly Diane Kruger, who gave a world-class, drill-bit performance. Congrats to the formidable Fredel Pogodin, who handled L.A.’s In The Fade publicity and screenings.

6:33 pm: Before presenting the Best Screenplay award, an out-of-the-blue tribute to Kirk Douglas, who’s 101 years old. Isn’t it great how age takes your legs away and shrinks you down to roughly half your size when you were in your prime?

6:28 pm: Allison Janney win Best Supporting Actress in I, Tonya! Second major upset of the night following Sam Rockwell win. I don’t think this means a damn thing, but credit is due. I, Tonya has its admirers, but it’s an ugly, ugly film — a wallow in a coarse social milieu. 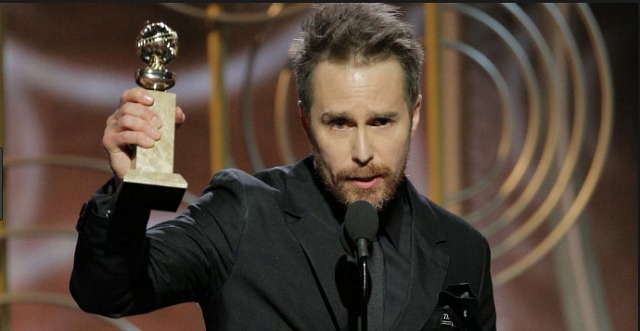 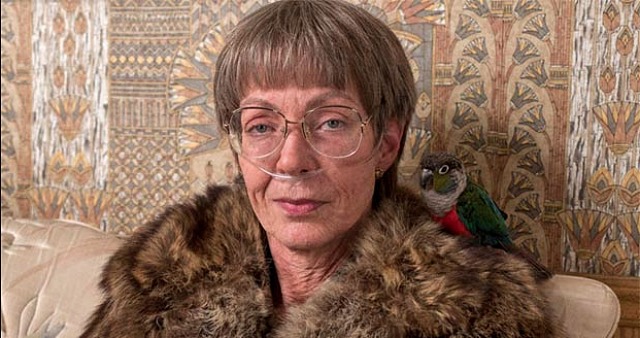 6:22 pm: Coco wins Best Animated feature. No offense but Hollywood Elsewhere doesn’t do “animated.” But (a) congrats to all concerned, (b) takes all realms to make a world.

6:08 pm: Golden Globe for Best Actor, Comedy/Musical goes to James Franco! Like I wanted/predicted. Big hugs, applause, etc And he brings Dracula up on stage! “This was a movie about the best/worst movie ever made,” etc. Costar Dave Franco accompanies. Winner Franco getting played off. Franco brothers prevail — good one!

5:57 pm: I’m sorry but I have to take a shower. If not now, when? The Golden Globe for Best Musical Score goes to Alexander Desplat for The Shape of Water. An omen of things to come? The Greatest Showman‘s “This Is Me” wins for Best Song….meh.

5:52 pm: Amusing and energetic Seth Rogen hyping The Disaster Artist at the mike. The actual Tommy Wiseau at the table. The reel runs, and before you know it we’re onto the next thing. Alexander Skarsgard wins for Best Supporting Actor, Limited Series, Big Little Lies.

5:44 pm: John Goodman is cool, of course, but isn’t Rosanne Barr a serious Trump supporter? Sterling K. Brown wins for Best Actor in a TV series, Drama, in This Is Us. The Handmaid’s Tale wins for Best TV Series, Drama.

5:18 pm: Golden Globe for Best Supporting Actor goes to Three Billboards‘ Sam Rockwell! Surprise, right? Slight upset. Willem Dafoe stunned. What does this mean? Probably nothing but goorah for Rockwell, and goorah for Rockwell have lost the weight he put on for Three Billboards. Rockwell gets played off…my respect for going on that long. A much more interesting acceptance speech than Kidman’s. 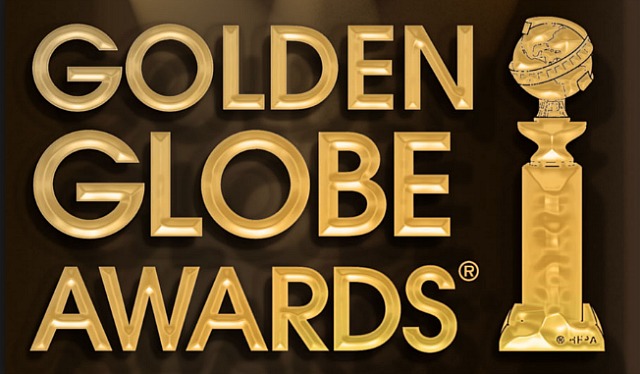 5:10 pm: Calling out racism, sexism, hyprocrisy…all guys are vaguely guilty and some more so, that marvellous steely glare…Seth Meyers is such a bullwhip, so whip-lashy! Clever patter, kinda hate the man!

“Good evening, ladies and remaining gentlemen. Marijuana is legal and sexual harassment finally isn’t. For the males in the audience, this will be the first time in three months that it won’t be terrifying to hear your name read out loud. If it’s any consolation, I’m a man with absolutely no power in Hollywood.”

Didn’t I read Meyers wouldn’t be telling Trump jokes? “Remember when [Seth Rogen] was the guy making trouble in North Korea?” “Hollywood…Foreign…Press..the only names that would make Trump angrier would be the Hillary Mexico Salad Association,” blah blah.

“Harvey Weinstein will be back in 20 years as the first person who was ever booed during the ‘In Memoriam’ segment.” Doesn’t the late Harry Cohn have that honor?