Letter From A Friend

Three or four days ago Awards Daily‘s Sasha Stone sent me and several others a list of questions for her 2nd Oscar Roundtable discussion. Here’s the article that resulted. The questions + my original responses follow: 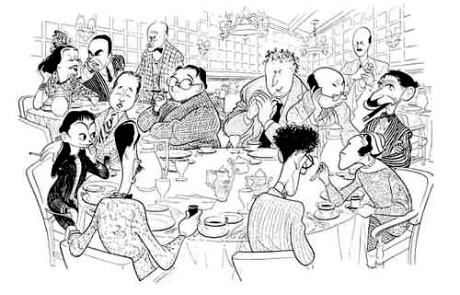 Stone: Do you think The King’s Speech was always going to be the film that appealed to the highest number of voters, and that it was only a matter of time before it started winning the big awards?

Stone: Or do you think it became the stronger pick as an anti-vote to the rest of the more challenging fare?

Wells: I’m sure that many, many people who wanted/needed that extra emotional oomph factor in their Best Picture preference decided somewhere along the way that they were anti-Social Network to some degree. They looked around for that distinguished huggy bear/comfy-blanket factor, and they found it in The King’s Speech.

Stone: Do you think The King’s Speech is a film that would have won in any year or do you think its popularity is somehow specific to this year, 2010? Does Obama have anything at all to do with it?

Wells: We’re all dealing with just as much of an agitated political/cultural climate under Barack Obama as we were under George Bush, if not more so. I don’t think there’s any connection.

But I’ll tell you one factor that hasn’t yet been brought up. Naysaying The Social Network is a way of conveying a roundabout fuck you to the GenYs and GenXs by the less-hip, less-engaged, less-forward-looking portions of the Boomer and blue-hair community. I’m not saying all boomers and blue-hairs feel this way, but a lot of them, deep down, are essentially telling the younger generation that The Social Network is “a very fine high-end film but it’s yours, not ours….a very smart and strong drama but there’s not much of an emotional arc for the main character and not nearly enough heart and that’s how we feel. Now sit in that chair in the foyer and wait your damn turn. We know you’re nipping at our heels and that you’ll be taking over the industry sooner or later, but we run it now and so KISS OUR COLLECTIVE ASS, you computer-head, iPad-obsessing, insufficiently emotional, Jersey Shore-watching, baby-sipping, hoodie-wearing, sandal-wearing, constantly-texting whippersnappers!”

Stone: Why do you think Christopher Nolan failed to get his third potential Oscar nomination for direction?

Wells (i.e., channelling Stephen Colbert): Because he’s too cold, too British, too geeky-fanboy-tecchy. He needs to grow up, find his soul and make a nice huggy bear/comfy blanket movie….or he’ll get no love from us!

Stone: Do you think that the recent spate of darker, less traditional Academy Best Picture winners — The Departed, No Country for Old Men, The Hurt Locker only won because they didn’t have a movie like The King’s Speech to go up against? Is The King’s Speech like Titanic in that way?

Wells: In terms of delivering strong emotional currents, The King’s Speech — a very nicely done, highly polished upscale buddy movie — is a modest trickle compared to Titanic‘s damburst. That said, the last four or five years witnessed an abandoning of the Academy’s huggy-bear requirement in its Best Picture selections. The wins of The Departed, No Country for Old Men and The Hurt Locker were evidence of this. If you analogize setting aside the huggy-bear requirement with the pattern of an alcoholic getting sober and attending AA meetings, hailing The King’s Speech is a relapse — the Academy is back to slurping the booze.

Stone: Do you personally think it matters what film wins Best Picture?

Wells: A Best Picture Oscar is a kind of significant statue, a stamp, the chiselling of a thought, a moment in time carved on a Thai mahogany bedpost that will be looked at and contemplated for decades to come.