A new trailer for Ridley Scott‘s Body of Lies (Warner Bros., 10.10) — clearly a first-rate thing about a CIA/Middle East/war-on-terror type deal. A tense, antagonistic partnership between pudged-up Russell Crowe (as a senior-level strategist) and bearded Leonardo DiCaprio (as some kind of agent-operator). Whatever happened to that announcement about changing the title to House of Lies? History, I guess. “Rock out on me…know what that means?” Looks a bit more like a Tony Scott film than a Ridley. 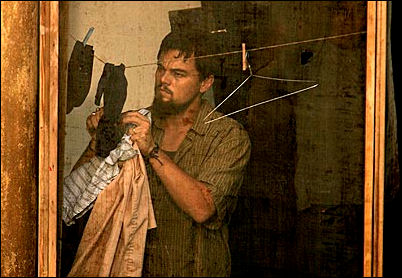 Scott is quoted on the Body of Lies Wikipedia page as saying “it’s about Islam, where we are and where we’re not, and it’s a very interesting, proactive, internalized view of that whole subject.”