“When I got the material, I didn’t like the character. But by the time we got to shooting, I loved her. She’s a badass who’s making lemonade with no fucking lemons.” — Australian actress Margot Robbie, 23, speaking to Elle about her Wolf of Wall Street character, Nadine. What does that lemonade quote even mean? 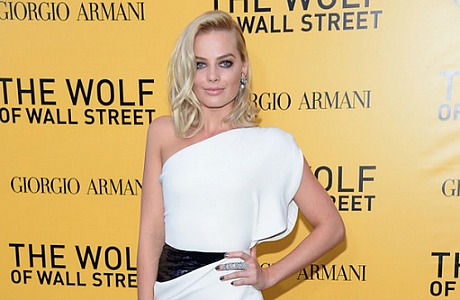 Presumably Robbie understands that just being (a) hot and (b) really electric and standout-ish as Leonardo DiCaprio‘s tough, gold-digging wife isn’t enough. She needs to figure out the next thing (whatever that might be), and she has maybe 18 months to do that. Pic taken on the red carpet before last night’s Wolf premiere screening at the Ziegfeld. I’m really sorry I’m not at the WoWS luncheon now underway at the Four Seasons.