“Jason Reitman delivers a winner with Up In The Air,” writes Indiewire‘s Anne Thompson from Tellruide. “Loosely based on Walter Kirn‘s novel, Reitman’s updated film, which he began working on six years ago, has become, with the economic downturn, far more timely. It’s a witty, charming and moving exploration of a world we all recognize. 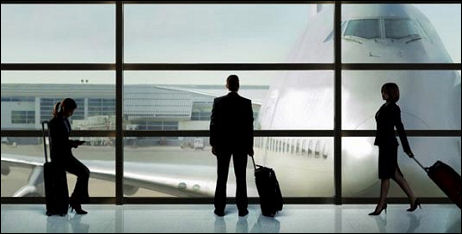 “Folks lined up for two hours on a rainy Telluride Saturday to get into Up in the Air, and hundreds were turned away. In a session that apparently came before the screening Reitman (an obsessive airline mile collector himself) played the crowd like a pro, hoping that the movie would live up to their expectations. He doesn’t need to worry. Award season beckons. This one is in the hunt.”