Love and Words and Moments 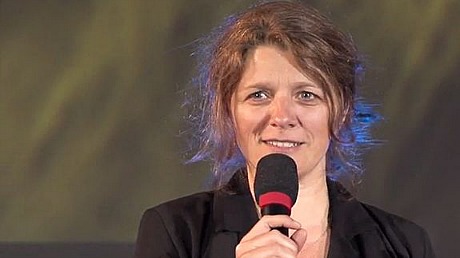 You can’t expect every film to scream and howl and scrape the wallpaper off the walls with a steam iron. But Last Love is an honest and well-acted piece. It’s adult and tidy and settled down. It knows itself.

Some feel as I do. Blu-ray.com’s Brian Orndorf is a fan. But generally Last Love has gotten shellacked. The negheads are basically complaining about what they regard as an overly slow pace. I felt Last Love was shot at the right pace for the story Nettelbeck told. Widely respected for Mostly Martha, which I called a “culinary Kramer vs. Kramer,” Nettelbeck has a tone and a brand that that is true and constant. She respects her characters, listens to their heartbeats. And with Last Love she hasn’t imposed an arbitrary pacing. She chose the pace that feels true to the nature of the story, or to the tempo of any 80-year-old’s day-to-day life. Nettelbeck knew exactly what she was doing. It’s not like she bumbled her way into it.

I think Nettelbeck needs to write something for Sandra Bullock, who is 49 and will need to hook up with intelligent female directors as she gets into her 50s. I’m thinking of a film about Bullock taking care of her aging wheelchair-bound mother, who could be played Meryl Streep. A story with that Nettlebeck-brand honesty and gentle authority, but which doesn’t exactly turn on the mother-daughter relationship as much as augment it — that adds a layer or a twist. Perhaps a love story of some kind. Which Bullock would respond to, of course.

The only thing that got in the way of Last Love, for me, was Michael Caine’s performance. After 50 years in the business he’s so embedded in being and sounding like “Michael Caine” that I’m not sure I can accept him as a character any more. The truth is that he reads his lines roughly the same no matter who he’s playing or what he’s doing. The truth is that Rob Brydon and Steve Coogan‘s imitations of Caine in The Trip [above] somehow tripped a kind of switch, and now I just can’t accept him as anything or anyone except himself. But that’s me.

Again, Mostly Martha. If you haven’t seen it, do. In my 2002 review I also called it “the most succulent, sensually appetizing, food-trip movie since Big Night or even Babette’s Feast.”

Again, the mp3 of our discussion.