There are two grabbers in Katrina Onstad‘s 3.23 N.Y. Times profile of Stop-Loss director-writer Kimberly Peirce. One is a blunt comment from Peirce about her career, the second is her non-response to a cheap-shot question by Onstad (and a cheap-shot collusion on the part of her editors). 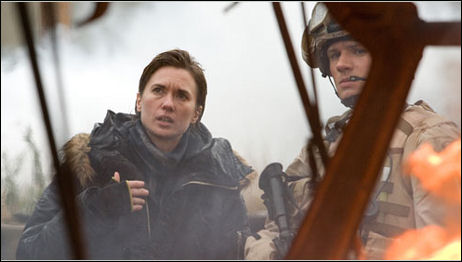 The first, following a statement that “after almost a decade in the Hollywood wilderness trying to find a project that would equal her first film, she earned just a single directorial credit, for an episode of the television series The L Word,” is Pierce saying “Yes, I should have made a movie sooner…yes, I should be a lot richer than I am….mea culpa.√É¬¢√¢‚Äö¬¨√Ç¬ù
I’m not going to quote from or describe the second thing, but check it out and tell me what you think. I think it’s an icky paragraph.