Happy Thanksgiving wishes to N.Y. Post critic/bogger Lou Lumenick and his ninth annual Turkey Awards, despite the bizarre hostility shown to The Assassination of Jesse James by the Coward Robert Ford. 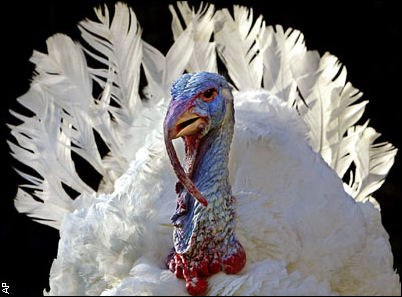 Brad Pitt didn’t “stink up empty theaters posing and mumbling his way through the title role” — he gave something close to the finest performance of his career. And Andrew Dominik‘s film wasn’t “longer than its title” — it was a time-travel journey so immaculate I never once thought about my watch.

Cheers once more to Warner Brothers for releasing this phenomenal film with all the passion of someone popping quarters into a parking meter. I realize they’ve recently stepped up to the plate with “For Your Consideration” trade ads and a two-disc screener sent to Academy members and elite press, but the initial build-up and theatrical release couldn’t have been less passionate.