Okay, it’s official: director Rod Lurie intends to get his own movie about the Joe Wilson-and-Valerie Plame affair — a roman a clef that will costar Vera Farmiga, Kate Beckinsdale, Edie Falco, Matt Dillon and Alan Alda — into theatres before Warner Bros. and producers Akiva Goldsman and Jerry and Janet Zucker write, shoot and release their version, which, if it happens, will be based on Plame’s memoir, Fair Game. 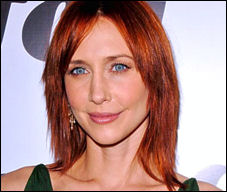 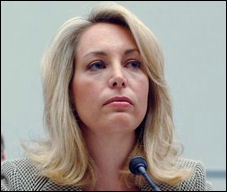 Goldsman and the Zuckers once looked like Wilson-Plame front-runners, but no longer. It seems fair to say that they asked for this situation by dragging ass. If they’d only gotten going they could have been in production by early fall, which might have conceivably scared off the other guys. But with Lurie now locked into shooting Nothing But The Truth come October, Goldsman and the Zuckers are stuck with sloppy seconds.
Am I alone in presuming that Farmiga will be an excellent Plame-like figure? She’s the closest thing we have to being the new Meryl Streep, after all. It’ll all work out (probably) as long as Lurie doesn’t insist that she dye her hair blonde.