Magic Mike XXL Is Nothing, and Therefore Draining 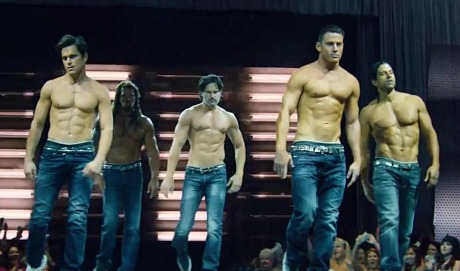 I actually experienced a Purple Rose of Cairo moment yesterday afternoon. Channing Tatum stopping playing Mike and looked out at me in my sixth-row seat and said, “Got ya…well, I know you hate the movie but we got your money, I mean. Right? You’re $15 dollars poorer and we’re $15 richer. You think I give a shit if you like this thing or not? You think movies like Magic Mike just grow on trees?”