Access Hollywood producer Scott Mantz has announced on Facebook that he and Access Hollywood are parting ways after 17 years. The tone of the announcement seemed almost joyful, which struck me as odd. I asked Scott and some friends what had actually happened. A friend passed along a version. Scott never got back to confirm or deny or fill in the blanks.

Apparently Scott hadn’t been happy at Access Hollywood and vice versa for some time. Access Hollywood is apparently “evolving” to the point that they’d like to drop the Hollywood part and just be about access…a show about gossipy personality tabloid bullshit. And then management got wind of Scott having co-launched the LA Online Film Critics Society. They allegedly felt that Scott’s involvement represented a potential conflict, but apparently they were looking for any kind of excuse. The relationship had run its course.

On top of which Mantz is also getting a divorce from actress Andrea Sabesin, whom he married in November ’09. Losing your job is tough enough, but a divorce at the same time! 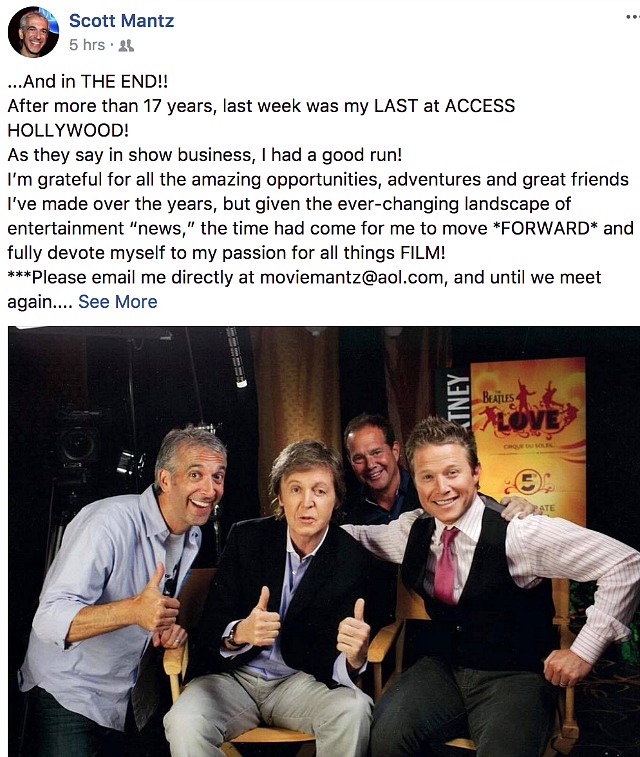