Sean Durkin‘s Martha Marcy May Marlene (also known in some circles as Martha Marlene…Uhm, Whatever) has been cruising along on the bearded hipster festival circuit for almost ten months now, starting with last January’s Sundance Film Festival, which is where I saw it. Everyone except David Edelstein has been pretty much on his or her knees with awe or admiration or deep like. I’m an ardent fan myself, as far as it goes. 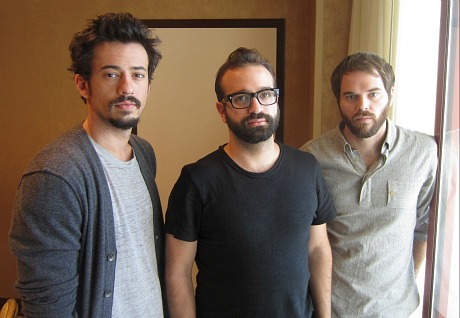 The word-of-mouth will be very positive, I expect, and it’ll be necessary for everyone to carefully inspect Elizabeth Olsen, younger sister of the Loathsome Twins.

But an unsettled feeling is also going to kick in when Joe and Jane Popcorn sit down with this film three days hence. The smooth asphalt road of the last nine and a half months is going to become a little muddy and bumpy once they watch that ending.

All the things that are eerily good about Martha Marcy May Marlene are still going to be there in front of paying audiences. Joe and Jane Schmoe are going to feel chilled and entranced by the last few minutes, but — this is an important “but” — they’ll also be having a problem with it.

And they may, like me, feel a little frustrated with Olsen’s Martha character, specifically her inability to do or say anything that might somehow alter or transform her situation.

Olsen is playing a very young (and, it must be said, seemingly not very bright) woman who’s been so abused and traumatized by her experience with a Manson-like cult family in the boonies of New York State that while she manages to escape from the group, she can’t talk about them. She’s afraid to mention them for fear of…I don’t know what. All I know is that I was ready to roll with her inability or refusal to share her experience with her older sister or anyone, really, for the first two acts, but once act three began I wanted her to do something, dammit…anything. Woman up!

But she doesn’t. She won’t. She can’t. And that pissed me off. Because it’s not Martha who’s keeping silent — it’s Sean Durkin.

An actor or actress who doesn’t do anything will always have a hard time landing an acting nomination. Because people don’t just vote for the performance — they vote for the character. 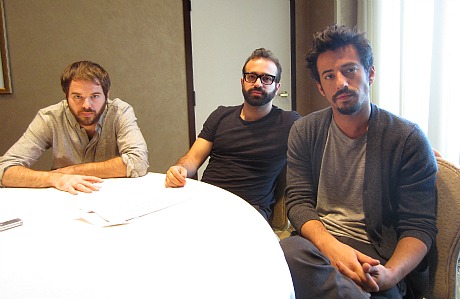 I wrote last spring or summer that Durkin “really needs to fix the ending over the next two or three months,” and as far as I know this hasn’t happened. Martha Marcy is about weird oppressive brainwashing and the suppressing of terrible memories. And it ends (or so it seems) with the bad guys coming back and invading the world of Olsen’s hiding-out protagonist. Except, as I said during Sundance ’11, “the mildly creepy finale hints at what might be happening — maybe, sorta kinda, probably — but it leaves you up in the air and scratching your head. I walked out saying to myself, ‘Wait…what happened?’

Last weekend I talked to Durkin and his two partners, Antonio Campos and Josh Mond, who co-produced Martha Marcy. They’ve formed a company called Borderline Films, which is based in the Bedford/Williamsburg area of Brooklyn. A 10.16 New York profile by Jada Yuan said “they’re essentially a collective, or maybe a band. One directs while the other two produce, and then they rotate. If one of them needs time to write a script, the other two will make commercials and music videos and split the money three ways. The idea is to be completely self-sustaining, three amigos against the world.”

Anyway, here’s the mp3 of our chat. It was a nice discussion, they’re cool guys with a dry sense of humor, they’ve made a film that’s different and curiously affecting despite the two weak elements I’ve mentioned, and it deserves your attention and patronage.