“HE readers might be interested in the accompanying screen capture from The Other Side of the Wind, showing my film historian character standing forlornly at the side of the road in the Coldwater Canyon area of Beverly Hills.

“When we shot it in the spring of 1971, shortly after Kael’s article was published, Welles indicated the white ranch house in the background and said, ’See that house? Contrary to what you’ve read, that’s where most of Citizen Kane was written.’

“He was referring to the draft he was writing simultaneously with Mankiewicz’s, and to his own revisions, as detailed by Carringer.” 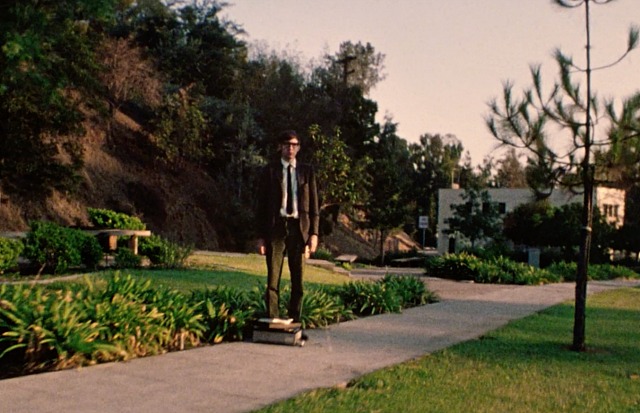