When Kyle Buchanan wrote a profile about Promising Young Woman‘s Carey Mulligan a couple of months ago, attention was gained and the pot was stirred. Especially when Mulligan was quoted saying that she “took issue” with Dennis Harvey‘s Variety review of her film.

Yesterday Buchanan posted an interview with Nomadland‘s Frances McDormand, and the motive was more or less the same as Mulligan’s had been — perk up the conversation, blow a favoring breeze.

On 3.15 McDormand and Mulligan will almost certainly be announced as competitors for the same Best Actress Oscar. Why do I have this feeling that this is not McDormand’s year to win? Partly because she won an Oscar three years ago for her performance as an angry mom in Three Billboards Outside Ebbing, Missouri, her second such honor after winning for her Marge Gunderson in Fargo 24 years ago. Enough, right? 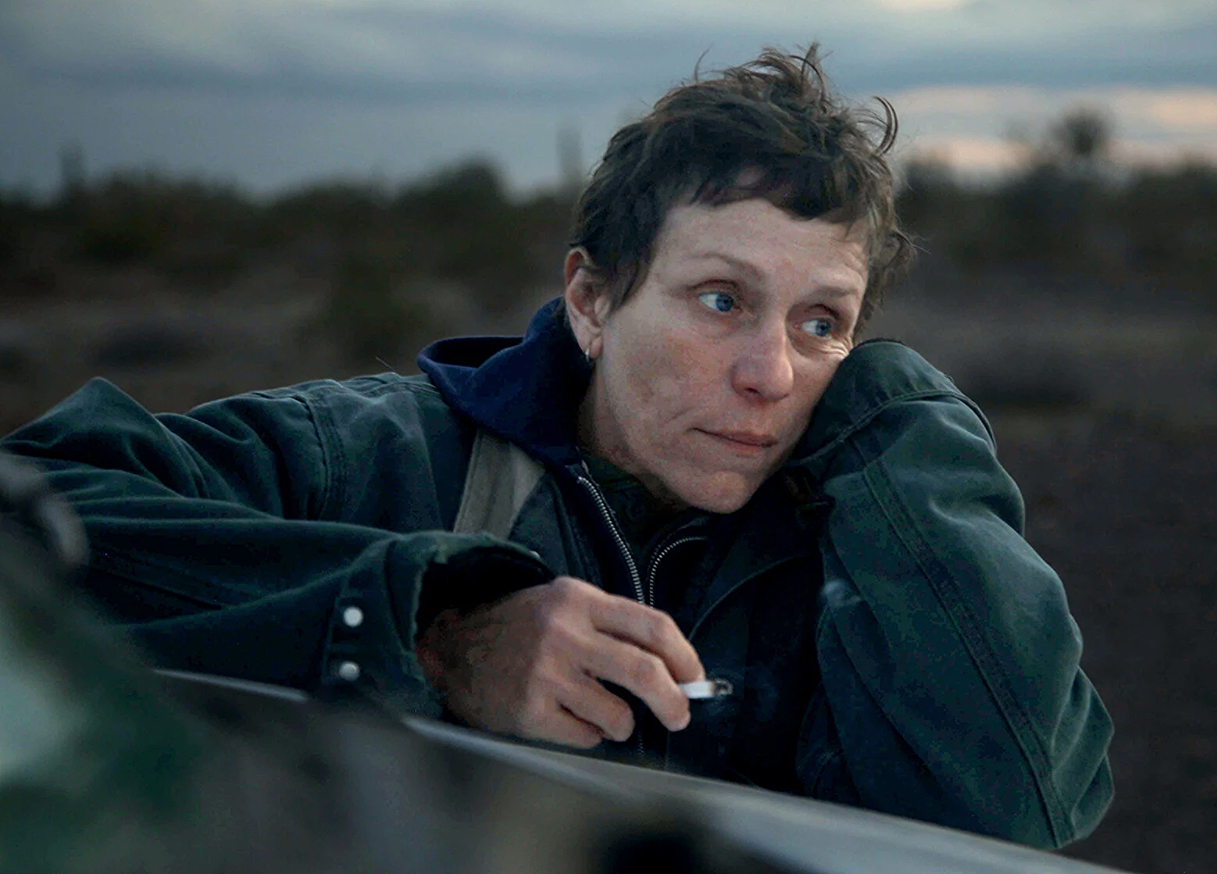 But now McDormand has offered another reason. She’s told Buchanan that she’s still looking to live under the radar. Buchanan notes McDormand “is highly skeptical of any ceremony where actors are done up like glamorous gladiators“, adding that when her husband Joel Coen “was asked to produce the Oscars alongside his brother, Ethan, McDormand suggested they set the telecast at Coney Island, which would have forced Hollywood glitterati to mingle with the freak show.”

Buchanan further notes that McDormand sometimes appears “barefaced instead of Botoxed and once wore her own jean jacket in lieu of borrowed couture,” a form of “mild noncompliance [that] is tantamount to a declaration of war in Hollywood.”

Right after Fargo, McDormand “made a very conscious effort not to do press and publicity for 10 years,” she says, “but it paid off for exactly the reasons I wanted it to. It gave me a mystery back to who I was, and then in the roles I performed, I could take an audience to a place where someone who sold watches or perfume and magazines couldn’t.”

“To her,” Kyle writes. “Nomadland is the culmination of that effort to keep herself unspoiled in the public eye. ‘That’s why it works,’ she said. ‘That’s why Chloé could bear to even think of doing this with me, because of what I’ve created for years not just as an actor, but in my personal life.”

Get the picture? Low-key, no thanks, we’re good, the Oscars are a bit gaudy, we have our own deal.

McDormand apparently made a big deal out of Buchanan not mentioning the name of the small beachside community where she and Coen have a home. It’s no trick to discover the particulars, but fine.

“Irreverence is McDormand’s most endearing trait,” Buchanan writes. “On the day we met, she ducked into a liquor store to satisfy her craving for Fritos — ‘You know they’re gooood, right?’ she teased — and before we sat together on a concrete wall by the coastline, McDormand clambered on top of it and used the length of her splayed body to measure a pandemic-appropriate distance between us. She makes a concerted effort not to treat herself like a precious movie star in the hopes that you won’t either.

“That’s why she lives where she lives and why, as she perched on the wall opposite me in an olive puffer jacket, she asked me not to divulge the name of her town. ‘I get to live my more authentic self here,’ she said, ‘and I don’t have to pretend to be anybody else.’

“She nodded toward the beach, where a handful of people cavorted with their dogs and surfboards. ‘I don’t mind being their movie star,’ she said. ‘I’m just not going to be yours.'”

McDormand is excellent in Nomadland but she’s not winning the Oscar. Mulligan has it in the bag.