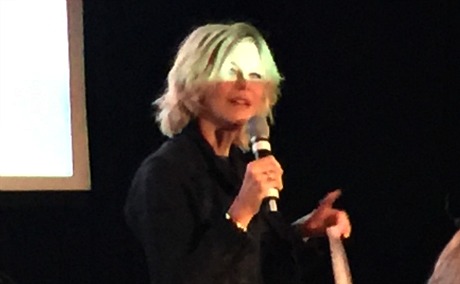 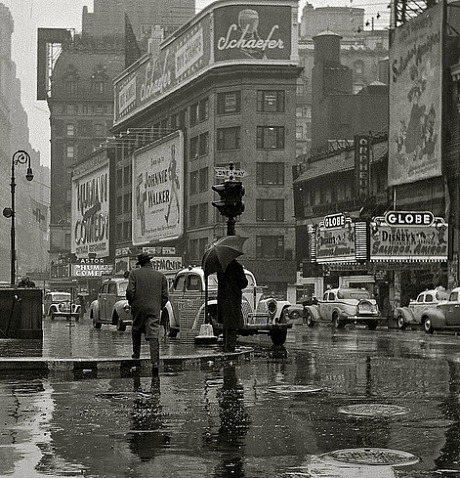 Times Square in March 1943 — the sentimental movie version of William Saroyan‘s The Human Comedy with Mickey Rooney in the lead role is playing at the Astor. 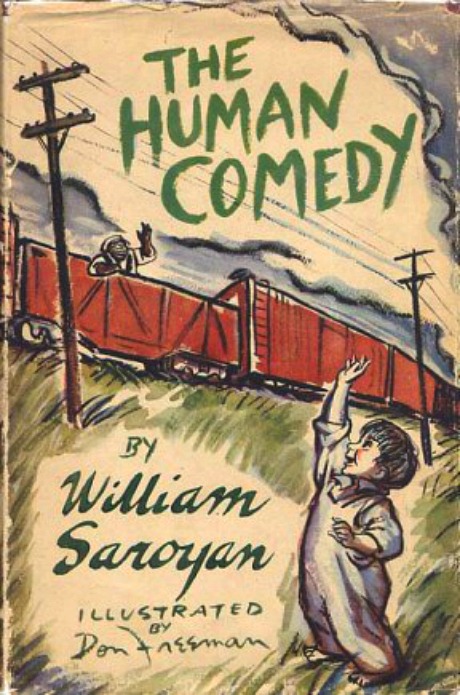 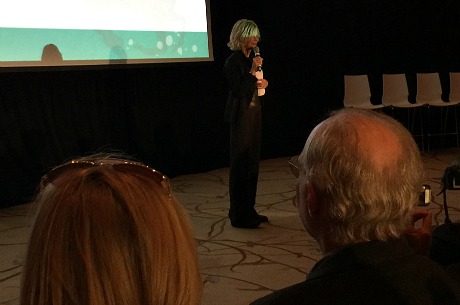 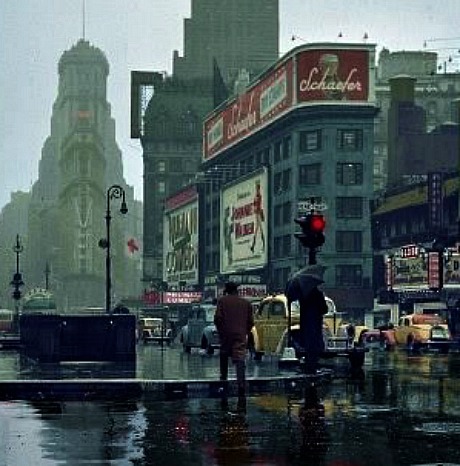