Never Quite Lucked Out

There’s an 8.27 Onion piece written by “Meryl Streep” that argues she’s never starred in a truly classic film. Which all legendary stars have managed at least once or twice. Al Pacino in The Godfather and Dog Day Afternoon. Robert Redford in Butch Cassidy and the Sundance Kid and All The President’s Men. Gene Hackman in The French Connection. Robert De Niro in Raging Bull and Taxi Driver. Ellen Burstyn in The Exorcist. Diane Keaton in Annie Hall. 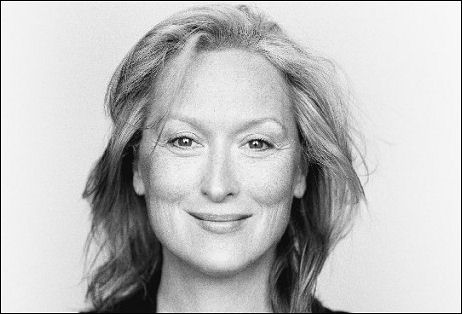 Run down the list of Streep’s finest movies and none can really be called classic. Good films and in some cases very good films, okay. But none truly for the ages. Not Kramer Vs. Kramer. Not Sophie’s Choice. Not The French Lieutenant’s Woman. Not The Deer Hunter. Not Out Of Africa. Not The Bridges Of Madison County. Not Marvin’s Room. Not Doubt. Not The River Wild. Not The Devil Wears Prada. Not A Prairie Home Companion. Not A Cry in the Dark. Not The Seduction of Joe Tynan. Not Mamma Mia. Not Heartburn. Not The Manchurian Candidate. Or at least, as “Streep” writes, “not the one I was in.”

True, Streep costarred in the undeniably classic Manhattan, but she wasn’t the lead and that’s the distinction.

Not that Streep doesn’t have another 10 or 15 years to go. Or 20 years even. Tomorrow is another day. I was just surprised to read the Onion piece and find myself more or less agreeing.