Maher: “I feel at times, and I’m sure you do too, like a man without a country. There’s a group of us — Sam Harris, people you’ve had on, Jordan Peterson, Bari Weiss. We’re all progressives, but sensible progressives. Real progressives — not blindly ideological. And we don’t chase these virtue signallers who are always…as a friend of mine said, they wake up offended.

“And I am always reading a story — like daily — I read something, and what goes through my mind is that this country is now completely binary. Two camps, totally trible. You’re either red or blue. Liberal or conservative. And you have to own anything that anyone says from your side. People go “oh, you’re the party of…” So whenever there’s something on the left that’s cuckoo krazy, we all own it.

“And that’s one reason why Trump won. Because when you go through the polling, people [in the right-leaning middle and the right] are not oblivious to his myriad flaws. What they love about him…what they all say they love is that he isn’t politically correct. It’s hard to measure how much people have been choking on political correctness. They do not want to walk on eggshells. They don’t want to think that one little misstep and they’ll get fired, get castigated.

“These are not just famous people but regular people. And I think when someone reads stories [about this syndrome], and it’s an eye-roll. An eye-roll at the left. That’s when you lose people.

“Two weeks ago the N.Y. Giants, my football team, cut Janoris Jenkins because he used the “r” word. Do we have to say the “r” word? [“Retard”] He was cut from the team. First he said ‘I though it was a ‘hood thing.’ Maybe Jinoris Jenkins didn’t get the memo. Because he’s not on Twitter 24/7 and living with the wokesters, that you don’t do this anymore. There’s no room any more for someone just to say ‘oh, I didn’t realize…sorry, my bad’ and then move on with our lives. No — you’re cancelled, you’re cut, you’re irredeemable. And it’s ridiculous.

“And every day there’s some story like that, and it just all goes into the left wing bin, and that’s when people go, ‘You know what? Trump’s an asshole and I don’t like him but I don’t want to live in that [woke punitive] world. Because these [woke] people are even fucking crazier.’ And that is the great danger [that may lead] to reelecting [Trump]. And he very well may do it.” 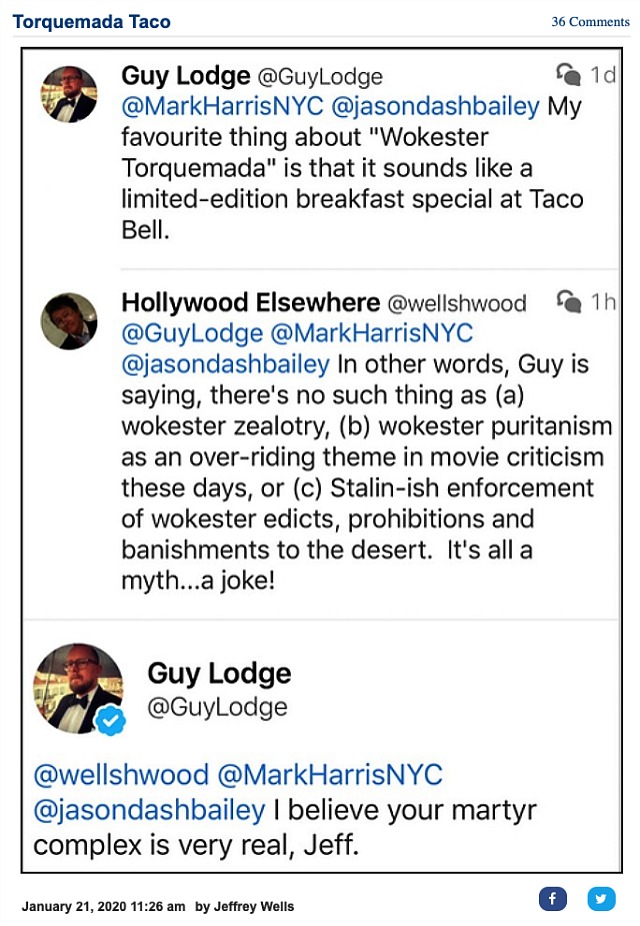